Playing games has forever been a part of childhood and since 1977 – when Atari launched its first video games console in the UK – onscreen gaming has eclipsed traditional entertainment to the extent that 98% of children now have a games console in their home, according to research from Turner Media Innovations.

Many homes also have more than one console and this gives marketers the opportunity to communicate to children through them, along with more standard channels, such as TV and the internet.

The study, which concentrated on four- to 14- year-olds, claims that children are starting gaming younger than ever before. More people are now involved in gaming too, with girls more interested and mothers and fathers also getting involved.

Caren Dennis, research manager for Turner Broadcasting, points out that this is because consoles are becoming cheaper to buy, and a raft of new products are coming onto the market on a regular basis.

“We have seen console ownership steadily growing. The price of the Nintendo Wii, Microsoft Xbox 360 and Sony PlayStation steadily dropping makes them easier for families to buy at birthdays or Christmas,” she suggests.

Family gaming, claims the study, is also growing because there are so many new types of console and games available. Nintendo, for example, has titles like Wii Fit, which appeal just as much to parents as youngsters. The number of children gaming with their parents has risen from 18% last year to 35% in 2010.

“They are still doing traditional things such as going on outings, but there is now another thing for them to do as a family. I think there is quite a big myth out there that kids don’t like their parents – they actually really enjoy spending time with them,” says Dennis.

It is children themselves, rather than adults, who have the most influence on the games bought by the family. Although the parents may be playing along, it is the younger generations who determine where their families spend their cash.

“The kids are out there seeing the ads and know which games their friends like. The children are the experts and most parents want
to know they are buying the right thing before
spending the money,” says Dennis.

“A family ticket to the cinema can cost up to £25, plus food and drink. For the same amount of money, you can buy a new game. It is being seenas a recreation activity for families to do together or on their own, across the ages,” she says.

It’s not just kids at the upper end of the age scale persuading their parents to part with cash. Younger children are also getting involved, with a quarter of all games sales being to children under 11. “The [media] industry as a whole is realising it needs to talk to children from a young age because we have seen what a growing influence gaming is,” says Dennis.

The nature of gaming is changing too. Boys were once the main gamers within families but this is no longer the case, according to Dennis.

Gaming is moving towards the idea that players become a character in the game’s story and this works well with younger children, she says.

“The industry had managed to capture the very serious gamers and older boys. But we know that younger girls want to be princesses and boys want to be magicians, for example, and with the new gaming titles, they can play those roles. It’s a great way to tap into those ideas,” she says.

Nintendo’s pink DS handheld console really appeals to young girls. “The pink DS and Nintendogs [game where you care for puppies] were the first thing that girls could properly sink their teeth into. The DS is a slightly simpler mechanic, so it’s not surprising that girls have got into it. There is more software dedicated to boys as they play for longer and more frequently, but girls are catching up,” says Dennis.

Children aged seven and under are keen to own consoles, she says. “We have seen more five-, six- and seven-year-olds owning them and playing games. They capture their imagination.

They are looking at their favourite TV characters and then imagining they are Scooby Doo, for example. All that role-play children do in the real world can be carried out in a game – tapping into that wonderful imagination that children have,” she says.

And what of the future? Dennis says technology will make gaming appeal to an even wider group. “We still haven’t seen girls’ gaming peak yet.

There’s still a gap for older girls. Some of the cheerleading and karaoke games available on the Nintendo Wii are beginning to get there but there is still scope for developers.

“As the technology becomes more advanced there will be less gaming with a console in your hand and more free movement. There will be more opportunities to game with friends and family remotely, with those who are not in the same city as you are.”

With so much consumer interest in gaming, there are plenty of opportunities for in-game advertising and product placement, the study suggests. “Marketers are able to reach kids through that medium. As you already have their attention, you can bring your product to them,” Dennis explains. “A 30-second advertisement might not offer much for engagement, whereas you might have a child playing a game for a couple of hours.”

Habbo is an online social community; it’s a game within a game that users are creating and playing. We create the environment for them and give them some tools, but we don’t dictate what they do.

A lot of gaming is created for a particular gender, but Habbo has a pretty even male/ female split. Gaming companies are starting to realise that there is potential to reach broader demographics.

About 90% of our users are 13 to 18 years old. We don’t consider consoles as direct competition, although anything that takes up people’s time is a competing service. Our brand is about being able to meet your friends and chat to them in real time.

No single [media] has become dominant; people do multiple things with their time and Habbo is one of those choices. On average, users spend 41 minutes in Habbo five or six times a month, so brands in Habbo can achieve engagement with a hard-to-reach audience. By adding something, the advertising becomes part of the content.

Over holiday periods we see a higher level of consistent use – this is not being played during school time. During the school week we see a rapid rise in use from about 3pm to about 9pm to 10pm.

Children need connections with others, so the fact they are playing more with their parents is a very satisfying statistic. The first port of call should be the family, so it doesn’t surprise me that we are seeing that games are being bought for the whole family.

For many years, children have had a great say in family purchases, so it doesn’t surprise me that they are choosing games – they tend to have greater competence in media than their parents.

Girls are becoming more media savvy as brands become more aware of how to appeal to them from an early age. The purpose is to engage children for a longer period and they are using sophisticated means of attracting a wider audience.

Brands need to keep their integrity: it’s about promoting social interaction and not just encouraging children to play on their own. Marketers need to look further than just point-scoring or reaching a mark – widen the arena to embrace other kinds of literacy skills.

We need dedicated research into this. Parents want guidelines in terms of the difference in our behaviours in the online and offline worlds and how they can guide their children.

The proliferation of electronic devices with age and gender relevant software means more girls and younger children are getting into gaming, notably games revolving around pets and “when I grow up” aspirations.

The Nintendo Wii has been positioned as a mass-market family entertainment device and the array of games that can be enjoyed by the full family supports this. The fact that children enjoy showing off their mastery of a game and beating mum and dad has brought the console out of the bedroom and into the living room.

Playing with close family members dominates due to the proximity and unplanned nature of most gaming experiences. However, some children prefer to play with peers as this delivers a number of important social needs, such as boys showing off their mastery of a particularly skill or girls reinforcing a close bond and shared interests.

In today’s time-poor society, fun time spent playing with a parent, particularly up to the age of 11 or 12, is a treasured experience. And the children as digital natives get a sense of achievement from “owning” the knowledge.

Children hear about new games through adverts or from friends. Finding, researching and choosing a game themselves has the added bonus that they can own different games from their friends. This lets them trade games or play something new at each other’s houses. 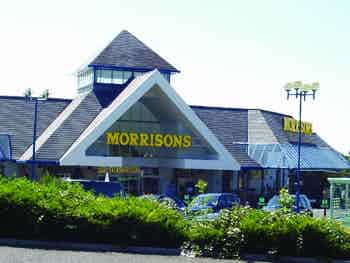 Morrisons has recruited former Asda and Waitrose marketer Richard Hodgson to the role of group commercial director as part of a reshuffle following the arrival of new CEO Dalton Philips. 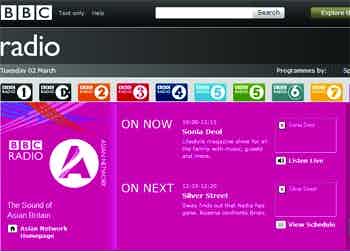 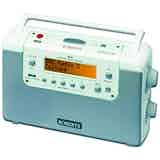