However, gaming is now seen as more of a family event. With parents getting involved, girls are also becoming more interested in gaming as more brands create game consoles and games that appeal to that audience.

The trend of family gaming is widely attributed to the launch of the Nintendo Wii. Now adverts show children playing alongside parents, and even grandparents.

And the research by Turner Media Innovations shows that the number of children gaming with their parents has increased from 18% last year to 35% in 2010.

It’s no longer considered an isolated pastime. Gone are the days of geeky teenage boys playing computer games for hours on end, now it’s families playing together for hours on end. Children see gaming as a good excuse to spend time with their parents.

However, 43% of children admit the reason they like playing with their parents is because they can beat them at games.

Children will no doubt like the fact that they have the influence over the rest of the family when it comes to what games their parents should spend their cash on.

Future growth in the gaming sector is set to concentrate on the girls market though. Girls like games that allow them to develop their own characters, according to the research.

More generally the research shows that the gaming industry has managed to quickly diversify. And for families, it’s now seen as a chance to spend quality time together.

To read more on this week’s trends click here. 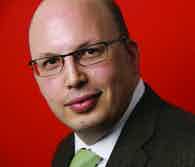