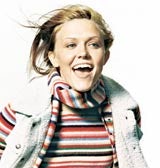 Gap has introduced a loyalty-based promotional booklet, the Summer Passport, as part of an initiative to encourage sales in its stores.

A Gap UK spokeswoman says: “Summer Passport is an opportunity to highlight the travel theme and the range of summer products. Hopefully it will inspire our customers to shop frequently at Gap throughout the summer.”

The booklet is part of a drive to promote customer loyalty and follows a promotion in April when customers were handed vouchers offering a 20 per cent discount on a single transaction of &£50 or more and 15 per cent on &£35 or more during the first two weeks of May.

In the past, Gap has predominantly relied on advertising and major high street locations to attract shoppers.

The new loyalty based marketing initiatives have been devised by Gap’s head office in San Francisco, and come on the back of a slowdown in the growth rate of comparable store sales for the quarter ending May 1, 2004 versus the same period the previous the year.

As a regular reader of Marketing Week, I was both disgusted and disappointed by the image that was emblazoned on the cover of your April 15 issue. I find it offensive and in really poor taste. What a shame the magazine has stooped so low as to try to relate marketing issues with the selfless […]

Car manufacturer BMW is to turn one of the characters from its series of short advertising films into a hard-edged comic hero. BMW Films is working with Dark Horse Publishers to produce a comic featuring the mercenary driver from the series, played by British actor Clive Owen. BMW Films has made eight 15-minute films so […]

Male grooming company King of Shaves is to launch a range of magnetic shaving gels as part of its challenge to market leader Gillette in the shaving preparations market. The company plans to launch the first product in the “Magna-gel” range of shaving products in September, with more slated for release later in the year. […]