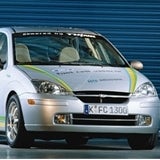 Ford Motor Company has emerged as one of the least fuel efficient car manufacturers in the world in the same week it announced a &£1bn investment in greener cars.

The news comes just a week after a Forbes Magazine report revealed that Ford produces five of the seven least environmentally sustainable cars in the world.

Britain has been chosen as the global centre for the six-year &£1bn green research project, and Ford claims it is the largest investment in the development of environmental technologies by a car manufacturer in this country.