After announcing a renewed partnership with Lionel Messi and adding James Rodriguez to its roster of athletes, the brand has kicked off a global football campaign featuring the footballers in an effort to create a “clear identity” within the sport.

The campaign, created by TBWA, Chiat and Day LA, will include a 30-second ad titled “Fuel the Fire” on 11 May as well as a 90-second digital spot, launched this week, which showcases Gatorade’s sponsorship of international football clubs including Arsenal FC, Liverpool FC and FC Barcelona.

It will also be promoted through social, with partners including Messi and Rodriguez to engage with consumers.

Luca Pogliaghi, hydration marketing manager for Gatorade’s West Europe and South Africa regions, told Marketing Week: “More recently a large focus has been on expanding our global reach and we are adding partners in the global football community while also strengthening our existing relationships in the sport.”

The brand is currently the official sports fuel partner of more than 55 football clubs across 12 countries.

“Football is the most popular sport in many countries around the world and our aim is to reach these passion athletes spanning from Latin America to Asia, from Europe to Australia,” Pogliaghi added.

“Additionally, the sport of football includes some of the world’s most elite athletes and clubs, which provides ample opportunity for Gatorade to test and learn more about the 24-hour athlete and in turn allows us to continue to bring about significant sports fuel solutions for them to perform at their best.”

The focus on researching sports performance is something rival Lucozade has focused on in recent years, with the brand citing a focus on the science behind its drinks as the reason for ending its 20-year sponsorship of the Premier League in 2012.

While Lucozade does not sponsor any major international football teams or athletes and has instead focused on grassroots sport, the brand was largely behind the growth of glucose and energy drinks last year, according to Britvic’s Annual Soft Drinks Review released in March.

Gatorade sales were not included in the report. 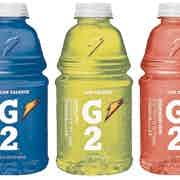 Click here to read the cover feature ’Gambling on the future’ Click here to read how ING Direct France monitors its brand reputation online and in call centres IHG CMO Tom Seddon discusses how digital is integrated into the company’s marketing strategy Sports drink Gatorade has a strong presence in North America, and plans to […] 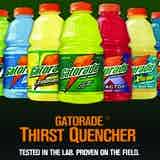 PepsiCo is to position the Gatorade drinks brand in the UK as a sports performance resource for athletes and amateur fitness fans as part of a relaunch of the brand this year.

Gatorade, the energy drink owned by Pepsico, has become the latest company to officially end its sponsorship of Tiger Woods, following his admission that he was unfaithful to his wife.