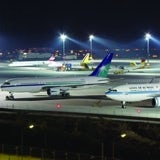 Global Infrastructure Partners (GIP) bought the airport from BAA in October last year for £1.45 bn after the latter was forced to sell off some of its properties by the Competition Commission.

The company has a target to grow passenger numbers from 33 million to 44 million by 2018 and hopes to earn revenue from retail and parking income, as well as the promotion of Gatwick as the capital’s favourite airport and the promotion of destinations.

It plans to develop its expertise in CRM and eCRM and is due to appoint an integrated agency to “help deliver the commercial marketing strategy and plan”.

GIP also has a 75% ownership interest in London City Airport.