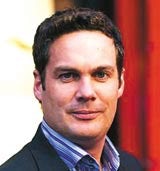 GCap Media, owner of the Capital Radio group, Classic FM and 54 local radio stations, is calling for the radio industry to unite in an effort to increase radio’s share of advertising revenue to ten per cent and to boost the reach and revenue of digital radio.

GCap, which held a forum with advertisers to discuss digital radio content earlier this year, says the industry needs to work with advertisers and media agencies to develop more innovative forms of advertising if radio is to hit its target of becoming a “ten per cent medium” by 2010.

It is also calling for a content forum to be set up for clients and radio groups to develop programming and content.

GCap, formed following the merger of Capital Radio Group and GWR Group earlier this month, is keen to develop digital radio. But Miller says it is time for action, as radio will not find the extra growth it needs through traditional advertising routes.

He says: “Unless there is a rise in prices, radio groups will have to develop incremental revenue through other routes, which is why we want to create a content forum.”

GCap will start talking to advertisers and media agencies in the next two weeks about the best way to set up the forum, which is likely to work closely with the Radio Advertising Bureau (RAB).

The RAB is already working closely with radio groups on content and programming to help radio raise its share of revenue (MW April 14).

Spirit Advertising has been appointed by The Procurement Group to develop a launch marketing campaign based around the company’s promise to reduce bottom-line costs.

Cadbury Trebor Bassett is facing a potential backlash from both the trade and consumers over its under-99 calorie chocolate bars because the products are smaller but more expensive than the original versions. Industry insiders say that the initial consumer interest in the 17.5g versions of Dairy Milk, Dairy Milk with Mint Chips and Bournville will […]

Procter & Gamble (P&G) has put the strategic planning for its global Prestige Beauty business up for pitch. The incumbent on the business is WPP Group-owned MediaCom.