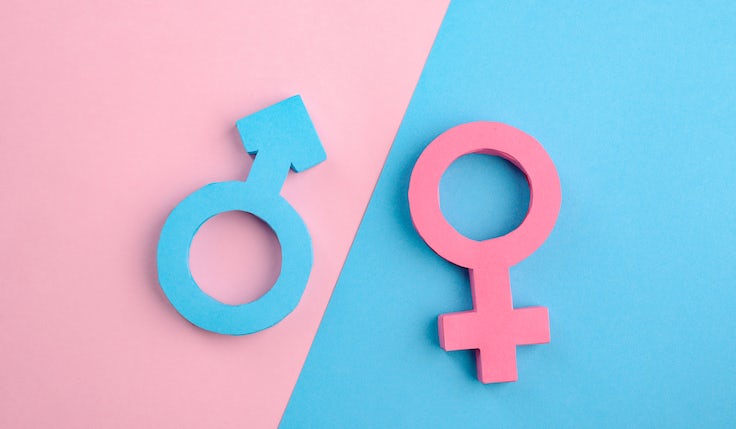 It is International Men’s Day tomorrow (19 November). I am very willing to acknowledge that when I first heard about IMD I was less than impressed and was a loud member of the “every day is Men’s Day” choir. But I have changed my view.

No, I have not stopped being a feminist – I still believe that women are denied power of all types because of their gender and that gender equality is essential for a just society. But I now support, nay promote, IMD because I believe if we are to bring about gender equality in my lifetime and create a stronger, happier, better future for us all, we will need male allies; we will need men, who hold the power, to be willing to yield that power.

We need men to understand the stake they have in that future. We need men to understand that meritocracy is better than patriarchy for everyone. That when access to opportunities in, for example, education, employment and capital are not determined by your gender (or your ethnicity or any other characteristics over which you have no control) we get better outcomes for all.

We know diversity drives business performance so having more women in organisations, particularly but not exclusively at the top, is good for everyone in general. But we also need to recognise that, for individual men who have spent most of their careers assuming that their only competition for jobs were their male counterparts, women appearing in the mix can be very destabilising; all the more so if a women gets the job.

I genuinely think we need to give men the opportunity to talk about how they actually feel about these things. Only then can we begin to get them to stop thinking about success purely in terms of advancement. Which brings me to the other reason I think IMD is important.

We need to shout from the rooftops that traditional male stereotypes are dangerous. Too many men are raised and socialised to think that being a man is all about winning, beating the other guy, being strong. Vulnerability is not on offer – men don’t cry, they don’t show their feelings.

We should start rejecting leadership styles which do not allow for any sort of vulnerability.

How many times do you hear boys – little, little boys – being told ‘be strong’, ‘no need for tears’, ‘you need to be the man of the family’? The burden that is being placed on men is too great, having a destructive impact on men’s physical and psychological wellbeing. We have to alleviate that burden.

It is a massive issue which can’t be tackled in three simple steps. But there are a few things we can do immediately that could start to change things.

As parents we need to think about how we are raising our children: what language do we use, what expectations are we placing on them? As friends and colleagues we could start with having some open conservations which start with ‘how are you doing?’ and leave enough time for a response. As organisations we can make sure that we embrace gender equality properly, framing it as a positive which will benefit men as well as women.

One practical way would be to promote flexible working for all. I have always thought it will only be when men understand that flexible working is open to everyone and start taking up the opportunity that we will start seeing the real impact of gender equality in the work place.

We should also start rejecting leadership styles which do not allow for any sort of vulnerability. It should be ok to acknowledge that things are tough, that you are finding things difficult. It doesn’t mean you can’t lead, that you don’t know what to do. How many of us can honestly say they haven’t had a wobble over the last eight months? I certainly have.

Diversity is not the same as inclusion

As brands we could do better in our advertising. There are still far too many examples of lazy stereotyping: the calamitous dad who can’t cook a meal or look after his kids; the bloke who sits around playing video games while his missus waits on him. I know marketing is all about using stereotypes to convey stories quickly and these seem innocuous, but in my view they are harmful. They perpetuate the myth of the man who is only successful at work, who is uncomfortable in his own home. And they simply aren’t true of most of your target audience.

I loved the Gillette campaign, ‘The Best Men Can Be’. It was bold and honest, challenging stereotypes of masculinity and what ‘real men’ look like. I would love to see more brands step into this space, but if I am honest I would be satisfied with a few more creative executions in which men were allowed to be vulnerable, were working alongside women and – call me crazy – but maybe, just maybe, were sitting in the passenger seat of an expensive car while a woman of a similar age drives.

I will mark International Men’s Day by celebrating my feminist father, who with my feminist mum taught me that I should never let my gender stifle my ambition, and my feminist husband who encourages me to be the best I can be.