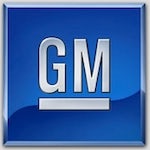 The account, worth an estimated £400m was under review while GM scrutinised its European spending on its use of media and advertising. The struggling car company has now opted to retain the Aegis-owned agency, and continues to review its use of marketing agencies on a project-by-project basis.

Until November, GM Europe’s main marques were due to be sold as its US owners seeked to save cash. British marque Vauxhall and its European counterpart Opel were almost sold to Canadian firm Magna International, before GM reversed its plans.

Swedish brand Saab is still up for sale, with Dutch firm Spyker the only remaining bidder. If the sale does not go through, GM has already said the brand will be axed.

Carat has held the GM account since 2006, when it won the business from Universal McCann and Initiative. It will report to GM Europe’s new president Nick Reilly, who was appointed last month.

GM Europe recently put Vauxhall ads back on TV screens in an indication that it wants to revive the fledgling business.

Wispa revamps website with fan focusCadbury’s Wispa has revamped its website to increase customer interaction with the brand.

I was intrigued to read (in the Financial Times) that Simon Fuller, founder of 19 Entertainment, intends to pilot his new show not on television but on the internet.