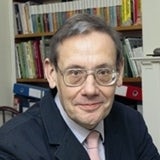 Learned professions have a right to be smug, but the mystique of creatives will crumble now that viewers can make their own ads

The learned professions, though given to relishing the aura of mystery that attaches to them, have earned their entitlement to a certain smugness through years of study; the classical musician rightly earns the respect of those whose ears are not fashioned from cloth; the plumber, the carpenter, the bricklayer, each has a skill that can be embroidered and exploited. But what of estate agents, jobbing gardeners, members of parliament, and market researchers? For them the need to affect a knowledge or skill denied to the rest of us is paramount since, should that fiction be stripped away, nothing remains.

It is uncomfortable to commit these thoughts to paper since journalism is another of those trades that requires no special skill, and may therefore be practised by anyone possessed of a measure of curiosity and the ability to construct a sentence in passable English. (True, if you want to be a red-top tabloid journalist it helps to have a cruel, coarse turn of mind and the hide of a weather-beaten rhino, but we British are rich in those respects.) The entire function of media study courses is to clothe this skeletal truth in a mantle of mystique. Even the most bare-faced of our fun universities would be hard put to charge three years’ fees for handing out notepads and pencils and demanding that you didn’t come back until you had a story, which was the way it used to be done.

And now, my friends, what about you? Yes, you with the ponytail, cowboy boots and chinos. You with the open-plan office, expense account lunches and early retirement plan. Advertising creatives (for them an adjective was specially crafted into a noun) need mystique by the bucketful. In this they are especially fortunate, since creativity comes ready-packed with a kind of superstitious mystery. Creative people, it is said, are not like the rest of us. For them, the muse descends, taps them on the shoulder and whispers in their ear. For us, she strolls past like the girl from Ipanema, without a second glance. Creatives are special, their talents are rare, they deserve big money -or so we are told. But what if anybody could do their job? Oh, all right, not anybody, but a large number of lay people.

There has always been a suspicion that there is less to this creative game than meets the client’s gaze or delves into his wallet. Winston Fletcher tells the story of the late William Hill, founder of the betting empire that still bears his name, who cast an eye over the work of the creatives crafted on his behalf and, after a pause, declared/ “Call that an advert? I could do better with my nob and a pot of paint”. Now there was a man who could spot an emperor without clothes from two blocks away.

More recently, we have the notorious example of the leading creative who considers FCUK among his finest achievements. You do not have to be a cynic to suggest that the ability to misspell an expletive is exactly the skill, often the sole skill, with which most school leavers enter the world of work.

So, what if advertising creativity was a job thrown open to anyone? Would the mystique evaporate? We need no longer conjecture, it is happening now. In the US, the latest television commercial for Sony Electronics is the work not of either of the company’s two advertising agencies, but of Tyson Ibele, a 19-year-old from Minneapolis who won a contest on the cable network Current TV for its first viewer-created ad message.

“User-generated content is the word of the day,” Anne Zehren, president of sales and marketing for Current TV, told the New York Times. “And I think smart marketers will start harnessing that.”

According to the report, user-generated content owes its popularity to the younger age group’s ability to use video and audio tools at home to mimic what television studios and advertising agencies do for hefty fees.

Mike Fasulo, chief marketing officer for Sony Electronics, says consumers are demanding that marketers let them to define brands on their own terms.