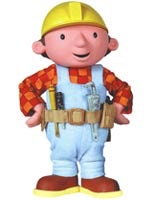 Generation Media has scooped the &£1m account for HIT Entertainment, the independent production company that owns the rights to Bob the Builder.

Generation Media – set up to target youth and children’s media by managing director Dean Weller in January – beat a number of heavyweight media agencies believed to include OMD UK, MindShare and Rocket for the business. Zenith Media was the incumbent agency and had worked for HIT since the launch of Bob the Builder.

Previously he was a strategic planning director of The Media Business (now MediaCom).

HIT is about to acquire Gullane Entertainment, in a deal worth &£139m that will add Thomas the Tank Engine to HIT’s roster of children’s characters. Last year, HIT bought the company behind Barney the dinosaur, Texas-based Lyrick Corp, for &£190m.

Bob the Builder is to introduce two black characters to its previously all white cast in September.

The news that the Electoral Commission is trying to prevent full access to the electoral roll is clearly bad for direct marketing, but it is hardly surprising. The industry has abused the electoral roll for years, bombarding hapless consumers with untargeted offers and causing such resentment that many have chosen to opt out already. In […]

Diageo GB has signed up as a corporate sponsor to the joint Scottish-Irish application to host UEFA’s 2008 European football championships. The deal is seen as so significant for the bid that an announcement will be made on Wednesday 24 July by Irish prime minister Bertie Ahern, in a ceremony at Diageo subsidiary Guinness’s Dublin […]

British Gas is launching a £150m scheme to alleviate fuel poverty, in partnership with local authorities and five charities. The energy company is considering an advertising campaign, through BMP DDB, later this year to publicise the initiative, called the Home Essentials for Life Project (HELP). The joint initiative, which will target some of the UK’s […]