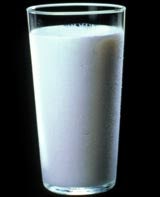 A lack of green stuff has forced the Dairy Council to axe its marketing department and to put in jeopardy The White Stuff generic campaign that has been credited with reversing the decline in milk sales (MW last week).

Like most generic campaigns that have foundered, The White Stuff hit the rocks when the parties involved clashed over funding. The dairy farmers were reportedly keen to continue paying for a milk marketing campaign. But the milk processors withdrew funding in February after failing to agree with farmers how much they should pay.

Unlike some other generic campaigns, The White Stuff promotion has been hailed a success. During the &£9m, 18-month campaign, which began in June 2000, the Dairy Council claims milk consumption has soared by 82 million litres against a target of 60 million, and achieved a 90 per cent awareness rating among parents.

Although the Dairy Federation Industry (DFI) pulled out, citing difficult market conditions, some industry experts believe the DFI members have fallen into the trap of believing that because The White Stuff ad campaign worked, there was no need to continue funding it. The White Stuff branding and logo will still be available to Dairy Council members to use, but without the backing of an above-the-line advertising campaign and a marketing team, the power of The White Stuff as a marketing device looks shaky.

The campaign has suffered a different fate to an equivalent “Got Milk?” drive in the US. Funded by regional milk marketing boards, the $180m (&£118m) campaign has been so extensive that the “Got Milk?” brand even appears on a range of kitchenware. There has, however, been disagreement over the extent of its success. Supporters argue the campaign halted a decline in sales, but grudgingly admit that it failed to boost them.

Funding has also been a problem for the Meat and Livestock Commission (MLC). It was forced to axe 16 marketers when revenue fell following the foot-and-mouth crisis (MW April 4). The MLC receives a levy for every animal slaughtered in the UK for consumption, but culls that took place during the foot-and-mouth crisis meant revenue fell from &£32m for 2000/2001 to &£25m for 2001/2002.

MLC marketing director Richard Lowe says agricultural producers expect that for every &£1 spent on generic advertising, there should be an increase of between &£5 to &£8 in sales. He says: “In many ways you don’t want it to be an easy ride, the producers should be as challenging as they can be. It would be disappointing if they weren’t.”

But the agency handling the business, BMP DDB, has been protected from any committee wrangles according to account director Patrick Donoghugh.

He says: “It would be a complete nightmare for any agency to have to deal with various parties, all with different agendas. Advertising is a tiny part of what any committee will discuss, but it is a part in which members will take a disproportionate amount of interest because it represents their public face.”

Marketers behind generic campaigns may well be dogged by industry squabbles and funding problems, but if they can fight their way through these obstacles, they can produce generic campaigns that are as iconic as any run by big packaged goods brands, such as the Dairy Council’s ad from the Eighties featuring a child encouraged to drink milk to build himself up and avoid playing football for Accrington Stanley, and the Egg Marketing Board’s “Go to work on an egg”.

Generic campaigns tend to involve direct rivals or industry groups with differing interests and by their nature produce disagreements over strategy and result in campaigns that smack of compromise.

In the early Nineties, the British Videogram Association (BVA), fearing that the increased availability of films through multi-channel television would lead to a fall-off in video rental, embarked on a generic campaign after months of discussion and squabbling between retailers and distributors. Soon after its launch, RCA/Columbia and 20:20 Vision pulled their funding saying the campaign, created by Young &amp; Rubicam, represented a compromise and that the creative strategy was confusing. The BVA eventually axed the initiative.

One observer comments: “The video industry’s campaign was a classic example of one created by committee. Every video distributor had to have – or be seen to have – their say to impress their ultimate owners, the Hollywood studios. The market was fiercely competitive and getting any cooperation between the companies seemed to take endless meetings.

“The result was a confused, overly tricky message which saw wildebeest gather round a waterhole bemoaning the fact they had nothing to do until they found a video recorder.”

The attempt by the Cable Communications Associations in 1996, to mount a challenge against the satellite dish, suffered a similar fate. The companies were unable to agree a strategy and the J Walter Thompson ads featuring Dawn French and a cow received widespread criticism.

But when revenues are under threat, even the most unlikely companies become bedfellows. In the US this year fierce rivals Kellogg, General Mills, Kraft and PepsiCo’s Quaker unit have linked up for a $50m (&£33m) campaign to boost cereal consumption. Politics also come into play and the Government’s determination to make digital terrestrial television succeed has resulted in the BBC and BSkyB teaming up to take on the licences and to market the platform.

The BBC has also teamed up with other radio players such as GWR and Capital Radio to fund a campaign through the Digital Radio Development Bureau (DRDB) extolling the virtues of digital radio. A DRDB spokeswoman says of the campaign: “All the major players have a high stake in digital radio. The bottom line is that at some point in the future the Government will turn off analogue.”

Generic campaigns can work but they need strong marketers at the helm, minimum interference from committees and a clear brief followed by a persuasive creative idea. If agreement cannot be reached over funding, then even the most effective campaigns are likely to fail.