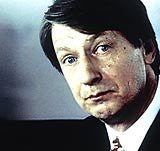 In what is described as a “world first”, customers will be able to check flight availability, travelling times and check in using the WAP-enabled seat map.

The WAP check-in facility complements BA’s existing PC-based online check-in service. At first the service will be available only to Gold and Silver members of the airline’s frequent flyer programme, the Executive Club. It will later be rolled out to all executive members.

The service will be available through the travel area on Genie’s mobile Internet portal, as well as through BA’s web and WAP sites.

“Being able to check if there are seats available, whether your flight is on time and the ability to check in by phone makes life easier. It’s all about offering people a choice in how they manage their travel,” says Chris Vukelich, BA’s general manager of Internet partnerships.

Over the coming months Genie, which has 4 million registered users, will be rolling out its web and WAP portals throughout Europe and Asia Pacific.

Content on the portals, which are already available in Japan, Hong Kong, the Netherlands, France, Germany, Italy and Spain, includes entertainment from E4, MTV and Ministry of Sound as well as sport, news and up-to-the-minute stock quotes.