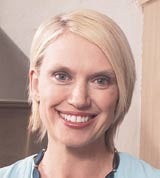 In a taxing economic climate, marketers need to do all they can to ensure that their activities deliver maximum results. This increasingly means looking beyond the usual choices and breaking into new activities where a little more creativity and imagination is required to yield real returns. To achieve sustained brand growth, it is essential to find new ways to start new “conversations” with customers.

An increasingly popular way to talk to consumers is through advertiser-funded programming, a programme format where a commercial partner’s marketing objectives are incorporated in the editorial narrative of the content.

For broadcasters struggling to raise advertising revenue, such programming provides a useful opportunity to develop value-added relationships with advertisers. The broadcaster is able not only to produce subsidised – or even free – programming, but the additional marketing clout of the commercial partner can also help to raise the profile of the channel and the rest of its schedule. For the marketer, funded programming can add sparkle to a traditional sponsorship deal, adding an extra weapon to the marketing arsenal.

One brand that has successfully used advertiser-funded programming is Audi. A one-hour documentary produced for the car brand was broadcast three times on satellite and cable channel Men and Motors, around the time of this year’s Le Mans 24-hour race. The programme was seen by more than 250,000 viewers – typically the ABC1 men that Audi wanted to reach. To maximise its investment, Audi used the content of the programme for additional marketing and PR activities. This included turning the programme into a DVD, which was given away to drivers who bought an Audi during the Le Mans season.

For the National Marine Federation, a one-hour show and two half-hour programmes on ITV1 proved an effective way to promote the London Boat Show. The programme material was used to produce a video e-mail, which was distributed using the British Marine Federation’s database. The programming reached more than 4 million unique viewers, and the show’s organisers claim that it increased attendance at the event by 20 per cent, and that customer enquiries for featured manufacturers rose by 70 per cent.

But it is early days and advertiser-funded programming is not without its problems. A food show, which aimed to help mothers find meal solutions for their children, was created for food giant Heinz and shown on Five (MW May 13). It was presented by Anneka Rice and supported by an on-pack promotion across Heinz’s canned products. The show was investigated by the Independent Television Commission, which found that, because the Heinz brand was never used in any of the recipes, it did not break the code on TV sponsorship. However, the ITC said it “would be concerned should this type of relationship be taken any further”, and the ruling is likely to serve as a benchmark for how much influence over content is permissible.

A survey by the Chartered Institute of Marketing, in association with broadcast and production company twofourtv, has found that marketers are beginning to consider the possibilities of this new medium. More than two-thirds of respondents said they were familiar with the concept, and more than 55 per cent said they would be prepared to participate in advertiser-funded programming if the editorial content was aligned with their company’s brand values.

Many are prepared to back this belief with hard cash: a quarter of those questioned said they would be prepared to spend between &£100,000 and &£500,000 on an advertiser-funded programme project. Perhaps most significantly, 11 per cent were prepared to invest more than &£500,000.

This is supported by the feeling – shared by a third of marketing professionals – that traditional TV ads have lost much of their value as new communication channels have emerged. It is predicted that this trend will continue with the increased take-up of personal video recorders such as TiVo and Sky+. These products are expected to have the greatest negative impact on the value of TV advertising, and 85 per cent of marketers believe they will be directly responsible for a significant fall in viewing figures for TV ads.

It is expected, then, that there will be a shift in the way that advertisers spend their marketing budget on TV, particularly as broadcasters become more interested in developing strategic relationships with advertisers. There is a growing realisation among marketers that they need to consider new forms of media use if they are to keep up with the challenges – and take advantage of the opportunities – presented by new technology.