How many brands can truly say they have considered the flexibility and empathy offered by their sickness policies?

While it may feel daunting to dig into the implications of sick leave, the need is pressing. Currently, 900,000 people of working age in the UK are having treatment for cancer, according to Working with Cancer data, a number expected to rise to 1.1 million by 2030.

Giffgaff CMO Sophie Wheater is a passionate advocate for people living and working with cancer. As she explains in the latest edition of Marketing Week’s This Much I Learned podcast, Wheater was diagnosed with breast cancer in June 2020, two years into her role at the mobile network.

There was a painful week of waiting between the first appointment and confirmation of the diagnosis. However, the closeness of her relationship with Giffgaff CEO Ash Schofield made breaking the news easier.

“Ash was brilliant and said: ‘Look, just take the week.’ So, I sort of disappeared, which was quite unlike me in the work environment. And then when it was confirmed that it was [cancer] I agreed with Ash that he would tell the rest of the leadership team,” she recalls.

It’s that level of humanity that you can bring to it as a colleague, as a peer, as a manager that helps cushion the slightly more hard-nosed area of salaries and sick days.

Wheater was keen to tell her own team, breaking the news to her direct reports over Zoom as it was at the height of the pandemic. When it was confirmed she would be starting six months of chemotherapy, Wheater decided it was time to tell the wider business. She posted about her diagnosis on internal messaging platform Workplace, which sparked a “phenomenal” response.

“I know from my surgeon, my oncologist, the breast cancer nurses that that is not the case for so many people. And that while they’re going through this turmoil and dealing with small children – I had small children at that time as well – whilst you’re dealing with all of that, having to navigate a slightly hostile work environment must be a nightmare,” says Wheater.

“I am forever grateful to Giffgaff and all of the people here for really supporting me.”

From the start she and Schofield had open conversations about everything from her role and the direction for the rest of team, to questions over being paid during her chemotherapy.

“The policies that surround sickness at work I would urge everybody to look at, because I was in a lucky enough position that I had the human understanding and empathy of my CEO,” Wheater explains.

Crucially, there are only a certain number of sick days people can have off before full pay ends, which just adds to the level of anxiety experienced by families across the UK. It is for this reason Wheater is urging businesses to immediately address the policies they have in place for people living with a cancer diagnosis.

“You’ve got to do six months of chemotherapy just to be alive. And so, if you’re in a scenario where your work does not support you through that, I mean, what do you do if you’re the sole breadwinner? How does that work?” she questions.

Wheater strongly believes there needs to be different policies in place for people with cancer. She has undergone six months of chemotherapy, three surgeries, with at least another two to go, radiotherapy and is currently having treatment for lymphedema and oral chemotherapy. The treatment has also put her into early menopause, a stressful added complication for many people with breast cancer.

Her experiences have shown Wheater that standard policies lack the flexibility and humanity needed for people living with long-term health issues. It would be more humane, she suggests, for employers to make adjustments if the length of treatment surpasses the sick policy. It is also essential to take into account the mental health and emotional challenges each individual is facing, while an empathetic approach to the financial side of the equation is imperative.

“Money is really important and sick policies underpin that, so that’s the one thing I would say. Please look at these things, look at the level of treatment that’s required and then flex your policies around that, because at the moment it’s a really old school, ‘Computer says no’ scenario you’re dealing with if you don’t have the right people supporting you,” Wheater explains.

Compounding the financial pressures are all the other elements that come with navigating the workplace when you have cancer.

This decision came after six months of chemo on a three-week cycle, during which there were several occasions Wheater’s immune system was too compromised to even have the treatment. She decided to take a break, an important example of a senior leader putting their health before work.

“I needed that time off. But as does everybody and that’s where those difficult HR, salary conversations need to come in,” she explains. “And unless you’ve got a culture that is supportive, it must be horrendous to have to navigate that at the same time.”

The policies that surround sickness at work I would urge everybody to look at, because I was in a lucky enough position that I had the human understanding and empathy of my CEO.

Wheater appreciates the flexibility she has within Giffgaff to drop to four days a week, because five days was proving exhausting on her current medication. In some ways she worries about working somewhere else in the future, fearing the culture may not be as “open to the baggage” that comes with a cancer diagnosis.

She gives the example of a recent leadership Q&A she conducted from a hospital store cupboard after her appointments overran. While doing the Q&A from the hospital was totally fine with Giffgaff, which since Covid has adopted a fully flexible approach to work, culturally Wheater believes few businesses are set up to support staff in the same way. In another organisation this might have meant missing the call entirely.

A firm believer business culture is a crucial part of the support network for anyone facing long-term illness, the culture at Giffgaff was one of the main reasons Wheater took the role in 2018. Culture is something everyone must contribute to on a daily basis, she argues. Her conviction is that employees feed into culture by being authentic and seeing a senior leader being open and vulnerable is powerful.

“I just think it’s so important to try and foster that level of authenticity, which ultimately leads to friendship and fun, and more creativity. And you know, when the shit hits the fan, people come together to try and support. People aren’t trying to work out who to blame. That’s a culture in which I thrive,” she says.

“Then when a personal crisis happens, the culture’s there. It’s not like I went into this cold culture and said: ‘Hey, everybody, I’ve got cancer’ and suddenly it warmed up and the whole business became a different place. That’s not what happened, the business was there already. And that was top down, bottom up and sideways in.”

People are, of course, willing to share different levels of detail about their condition and there is no right or wrong way to approach the issue. While Wheater welcomed open conversations, others in her position may not want to talk about what they’re going through.

Regardless of the level of detail you are willing to share, it is crucial to foster a trusting relationship with your manager and for them to react in as human a way as possible. Being on hand to talk is essential, says Wheater, who believes managers have a responsibility to be good in this situation.

“Making yourself available is probably 70% of the job really. Then if they do want it [to talk], try and work out how you can be there and be brave enough to lean into it, because this is management, this is life,” she argues. “You’re dealing with people’s lives when you’re managing them.”

She suggests one of the easiest questions a manager can ask someone with a long-term health condition is: “How are you doing today?” The question shows a recognition that every day is different and that you want to know how they are in that moment.

Wheater also advises managers to get a handle on how much a person is comfortable sharing about their condition. Some people facing a health crisis may not be ready to talk or prefer to share their story gradually.

Given these kinds of personal conversations can be difficult, Wheater urges managers to find someone in their network to help them prepare and get ready to stretch outside their comfort zone. Ultimately, there is a responsibility to be as human as possible.

“It’s that level of humanity that you can bring to it as a colleague, as a peer, as a manager that helps cushion the slightly more hard-nosed area of salaries and sick days,” Wheater adds. “Be human about it, because whomever you’re dealing with, I can promise you is dealing with a whole lot more than the conversation they’re having with you.”

Listen to Sophie Wheater’s story in full in the latest edition of Marketing Week’s This Much I Learned podcast. 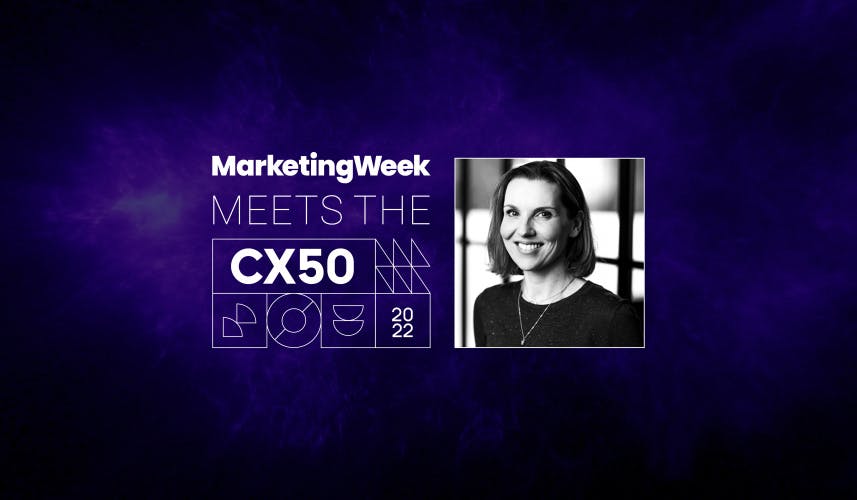 Customer expectations have grown since the launch of the CX50 list, now in its fifth year. Giffgaff’s Sophie Wheater discusses the most important shifts. 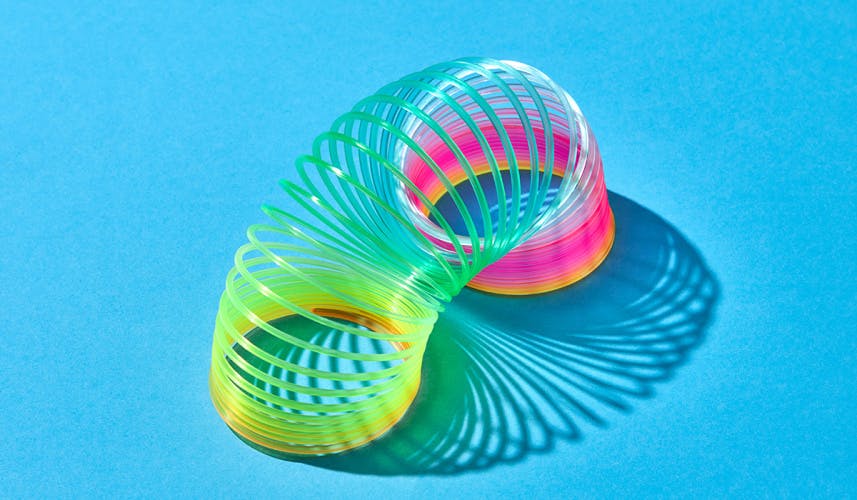 In the latest episode of Marketing Week’s podcast series, Giffgaff CEO Ash Schofield reflects on the “culture defining moment” of lockdown and the mobile network’s decision to offer employees full autonomy over their working lives. 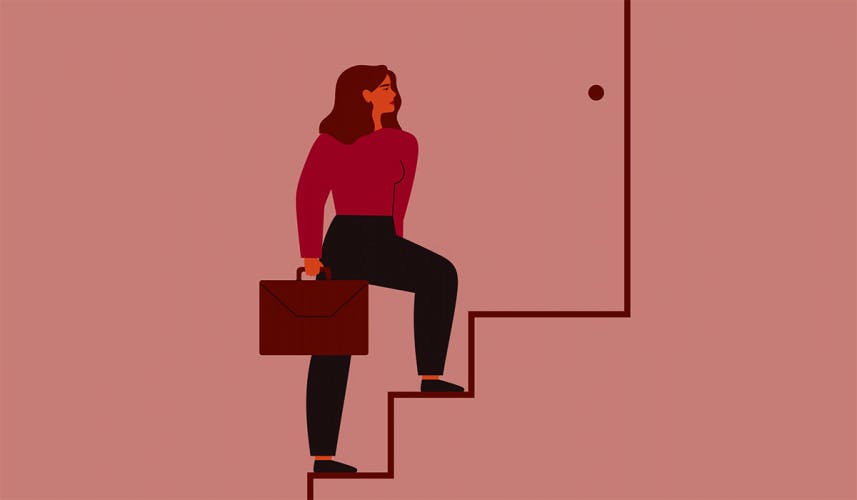 In the latest episode of Marketing Week’s podcast series, Giffgaff’s CMO shares the story of her cancer diagnosis and outlines the change she wants to see to support people suffering from long-term illness.