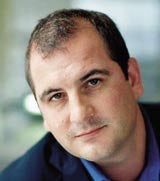 Jonathan Gillespie has returned to the radio industry six months after quitting as director of radio buying at Omnicom’s centralised buying unit Opera.

Gillespie, who left Opera in July last year to go travelling, has resurfaced as a project director of UK Music Week, through his new consultancy ListenUp Media.

He says that the consultancy is also working on a number of undisclosed projects in the radio industry.

UK Music Week is a commercial radio industry collaboration to promote UK music and will air in May, bringing together all 270 commercial stations in the country, which collectively cover more than 80 per cent of the population.

The project follows on from UK RadioAid, which saw the industry collaborate on programming for one day in order to raise money for victims of the Asian tsunami.

Gillespie stresses he is working for the industry “as a whole” rather than for the Radio Advertising Bureau (RAB) or the Commercial Radio Companies Association (CRCA).

He was previously head of radio at OMD.