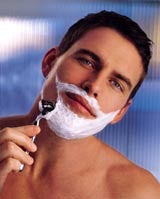 Gillette is reviewing its $408m (£274.5m) global media planning and buying account for the first time in more than a decade. The review involves three agencies – the two incumbents OMD and Universal McCann, and non-roster agency MindShare.

The company says it opened the review to WPP Group-owned MindShare, following its “long-standing relationship with its sister creative agency Ogilvy &amp; Mather (O&M).” Omnicom’s OMD handles Gillette in Europe, including the UK, as well as the North American markets, and Interpublic Group’s Universal McCann handles Gillette in the rest of the world, including Asia-Pacific.

A spokesman for the company says: “It is not a formal review, but an internal assessment of our media arrangements. The internal assessment forms part of a strategic sourcing initiative, which is under way right now.” A decision is expected in the third quarter of the year.

Separately, Gillette is moving its entire central European marketing team out of the UK to Geneva in Switzerland next year, as part of its business restructure to focus on its retail business (MW March 14).