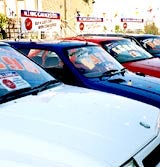 The total consumer credit outstanding in the UK as of December 2000 stood at slightly over £128bn, equating to an approximate non-mortgage debt of £2,810 per adult of working age in the UK, according to a Datamonitor’s report on UK Personal Lending. Five years ago, in December 1996, nominal outstanding balances were valued at just over £77bn, or £1,700 per working-age adult.

The Datamonitor report, which looks at the different ways in which individuals in the UK borrow money for non-house purchases, says that while consumers are borrowing more money than before, there is an unwillingness to shop around for the best rates.

The health of the economy has played a part in increasing people’s propensity to borrow. Low interest rates over the past two years have helped to make borrowing seem more affordable and have possibly driven the trend towards taking out loans in order to consolidate debts.

Datamonitor believes that, in the current economic climate, it is likely that debt consolidation will continue to increase in popularity as more customers seek to take advantage of falling interest rates by rescheduling and combining old debt.

Datamonitor’s Impact consumer survey reveals that of all respondents with a personal loan, ten per cent held two or more loan products. The survey also discovered that over half of these respondents visited the local branches of the loaning company to find information about loans; another 32 per cent consulted friends and family and 29 per cent said they phoned the company for more details.

There are a host of reasons why people don’t make more of an effort to assess the options open to them. Many customers perceive the deal they have agreed to be a good one, particularly if signed with a trusted high street brand.

Also, there is still a social stigma attached to being refused credit. Some lenders have sought to capitalise on such concerns by offering existing customers loans on a pre-approved basis. The ability of banks to use their customer databases to highlight potential applicants and send out loan promises is a major problem faced by new entrants to the industry.

Increasing Internet penetration across the UK is expected to push up the proportion of consumers securing loans online. This will force higher-cost lenders to bring their rates more into line with the market average, or risk losing sales to lower-cost providers. The rise of “aggregator” websites will fuel this trend. But despite the ease of comparing products online, only two per cent of people in Datamonitor’s survey made use of online services.

New entrants, desperate to promote the benefits of their product to an unfamiliar market, are spending huge sums on high-profile advertising campaigns across a range of media to raise customer awareness. High street banks, uncomfortable with the impact of these new players, have themselves begun to take a more active role in advertising their own loan products.

There has been a sharp hike in advertising expenditure in the personal loan sector. Ad spend has risen 45 per cent a year on average between 1998 and 2001. The Internet banks, launched since the late Nineties, have struck hard, alongside more active promotion of loans by companies such as Marks &amp; Spencer Financial Services, AA Financial Services and Lombard Direct.

By focusing on existing customers and playing on non-price factors, the big banks have avoided a price war. However, if low-cost lenders succeed in increasing their market share significantly at the expense of the big banks, the chances are that the latter’s rates will also begin to fall. Meantime, banks with the brand strength and high street presence to do so should continue to play on non-price factors, seeking to differentiate their products on the basis of less tangible attributes, says Datamonitor.

Speed of delivery, convenience of approach, flexibility in product structure and discounts for existing customers are all tried and trusted methods of overcoming price-led competition.

Adopting a neutral view of the UK economy leads Datamonitor to predict that total unsecured consumer credit will reach £228.6bn by 2005. Credit cards will continue to account for the bulk of gross advances, at £124.4bn, with unsecured personal loans at £76.5bn.