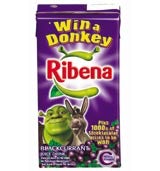 “Don’t tell my mother I work in promotional marketing… she thinks I play the piano in a brothel.” So goes the old adage about a career in the sales promotion industry.

But promotional marketing has improved its image in recent years. The soggy “free mug” campaigns of yesteryear no longer dominate breakfast table conversations. Instead, sales promotions now find themselves at the heart of major multimedia advertising campaigns that embrace television, the internet and even mobile phones – examples include Ribena’s Shrek 2, NescafÃ©’s Love the Morning and Andrex’s Say Thank You campaigns, to name a few.

This new-found confidence has helped the UK promotional marketing industry grow to its current value of £20bn a year, according to Institute of Sales Promotion (ISP) estimates.

“The internet, SMS and e-mail are increasingly being used in sales promotional activities,” explains Edwin Mutton, director-general of the ISP. “But the other major change we’re seeing is integration. Now, campaigns won’t just consist of a TV ad – they will bounce consumers off into promotional activity. In many cases, promotional activity is even included as part of the ad.”

SMP board director Martin Shellaker agrees: “Take Ribena’s Shrek 2 promotion, which offered a real donkey as the prize. Ribena could have gone down the typical route of a small on-pack offer, with a picture of Shrek on the carton and the chance to win a DVD. But the client or agency was switched on and understood the real potential of sales promotions.”

He continues: “The most exciting thing from an agency perspective is that the campaign also managed to incorporate some new product development, with the introduction of an apple and pear flavour, called Fruits of the Swamp.”

But it is not all plain sailing – with a new, higher profile come new pressures. Sales promotions are ubiquitous and in a crowded environment, brand owners measure success not just in terms of redemption and sales figures, but also in terms of long-term value for the brand… and of course, they want all this within a limited budget.

At the same time, the rising influence of major supermarkets threatens to dilute the power of the sales promotion, which is being confronted by the loyalty card. “If you walk down the aisle in any major supermarket, there are dozens of products offering some form of promotion, whether price-based or on-pack,” explains Shellaker. “Our clients are asking us to do more for their brand than offer

ing a ‘free widget’. With tight budgets, we are being asked to create successful in-store campaigns, using only a limited space on the side of a bottle or carton to communicate our message.”

Cut-through is becoming increasingly difficult to achieve, and in a competitive market, corners are sometimes cut and mistakes made. “A million and one things can go wrong with a promotion,” explains Shellaker. “In an on-pack promotion you must get the branding, the message and the reward right. Then you have to source the prizes and deliver premium items, which have to arrive in time for consumers to apply for additional offers, and so on.”

But there is good news. A few simple steps can be taken to ensure that the infamous Hoover debacle, which nearly brought the company to its knees in the Nineties (and which still casts a shadow over the industry), is never repeated.

Cleaning up after Hoover

Graham Green, chairman and founder of agency Meerkat, believes that the Hoover incident – whereby the company massively over-redeemed and underestimated demand for a European and US flights promotion – was a blessing in disguise for the sales promotions industry.

At the time, Green was chairman of the UK Sales Promotion Consultants Association (now the MCCA). He explains: “As a representative of all UK sales promotion consultants, I was able to tell everyone that if Hoover had used a sales promotion agency it wouldn’t have happened… and I honestly think that’s true.”

He continues: “A classic sales promotion mistake is to make the promotion worth more than the value of the products sold – you’re in trouble if people are only buying your product for the promotion. For years, as-new Hoovers were going for a song at car-boot sales around the country. People bought them for the travel vouchers and then sold them at half price.”

Mutton agrees, pointing out that Hoover pressed on with its ill-fated campaign in the face of strong opposition from its own suppliers.

“We see a lot of promotions before they go live. If people do what we tell them to, they will have a promotion that abides by the codes and so on. But then what often happens is that they go away and don’t run the thing properly. The Hoover campaign was badly put together – no redemption figures were calculated – and the people involved did not do their job,” he says.

“The best advice I can give is to make sure that what you do is cleared by a reputable clearing service – people can get that from us, from private companies, from the Advertising Standards Authority, or even from their own company’s legal department. If you do that, then anything daft should show up. Most of the time when things go wrong, it turns out that people have not taken third-party advice,” Mutton adds.

As a result, the industry has seen a rise in the number of companies that offer risk management for promotional marketing activities, insuring either a “block” or the whole of the financial risk surrounding potential over-redemption. Fixed-fee deals, for instance, will cover the complete financial risk of over-redemption for any campaign. Specialist agencies will even take on responsibility for structuring an entire sales promotion campaign.

“The growth of fixed-fee, regardless of redemption and take-up, combined with insurance, has removed the problems that were associated with over-redemption,” explains Green.

However, he cautions that insurance can be a double-edged sword. “On one hand, people can be more adventurous because they know they are covered,” he says. “As the dread of over-redemption is removed, it can help clients to become more creative in their campaigns. But there is also a danger that lowest-common denominator campaigns may be the result, because the insurance companies do not want to risk too much themselves.”

Shellaker says: “Clients’ budgets are often limited and they often think in terms of ‘How much widget can I get for my money?’. But we have to adapt and be creative in finding new ways to make the budget go further,” he says. “Fixed fees allow you to offer a lot more money in terms of prizes than you could with just a £60,000 budget.”

The use of third parties can also boost a campaign’s chances of success by swelling the rewards and prize fund on offer.

But by far the safest way to protect against promotional disaster is to ensure that creativity – as opposed to a large prize fund – sits at the heart of a campaign. Ribena’s Shrek 2 Win a Donkey or NescafÃ©’s Love the Morning (which offered the chance to win £100 every day for a year) campaigns were highly successful in terms of brand promotion and awareness without recourse to an eyebrow-raising headline prize figure.

“The promotions that work and capture the imagination are those that are simple with a very creative twist,” explains John-Pierre Lincoln, business director at agency Alcone. “KISS should always apply – ‘Keep It Simple, Stupid’. It all comes back to cash, cars, holidays or electrical goods – so a twist makes it interesting. Ribena’s Win a Donkey campaign by Billington Cartmell, for instance, was very clever, very simple, was supported above-the-line and had great cut-through.”

Iris managing director Ian Millner agrees. Iris won the ISP’s 2004 Platinum award for Most Effective Trial and Awareness Campaign, with its Sex Lottery campaign for the Department of Health, and was voted Best Agency of the Year in the 2004 MCCA/Marketing Week Best Awards. Millner believes there are two aspects to consider when developing a successful promotional campaign: rational and emotional.

“Any promotional marketing needs to strike a balance between the rational and emotional aspects,” he explains. “Consumers have a lot of choice and, whereas an average campaign uses purely the rational aspect, people use their emotions to prioritise what they see. So when confronted with a cluttered supermarket – where we have little time to influence behaviour – it’s the consumer’s emotions that dictate where they allocate their attention.”

But perhaps the biggest lesson to take from the Hoover affair is that if there is a loophole to be found in a sales promotion, the consumer will find it. Or, in other words: never underestimate your customer.

As dot-bomb memories fade, the online economy is again spawning the dodgy dream-merchants who caused all the trouble last time

Euro RSCG has created a television and press campaign to support Jacob’s healthier cracker range, Essentials. The ads, which break this week, aim to raise awareness of and encourage trial of the range.

Budweiser Budvar chief executive John Harley has left the company after three years, without a job to go to. Harley joined the Czech lager company as marketing director in early 2002, and proceeded to raise the stakes in the company’s tussle with the US Budweiser brand, owned by Anheuser-Busch. The companies have a long history […]