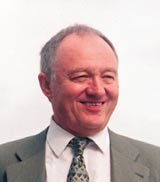 Soul, BMP DDB and Euro RSCG Wnek Gosper are to pitch for The Greater London Authority’s (GLA) multi-million pound brief to promote recycling across the capital.

As predicted in Marketing Week last year (MW May 9, 2002), the GLA has asked its roster agencies to pitch for the business.

The GLA is planning to launch a London-wide advertising campaign in September, urging people to recycle more of their household waste.

A spokeswoman for the London Mayor’s office says: “Research has revealed that the challenge for London is considerable, with more than half of Londoners doing little or no recycling at present and the amount of rubbish we produce increasing by three per cent every year.”

Last year the GLA ran two environmental campaigns, including an anti-litter cinema campaign, both through Soul.

The new recycling drive will work in conjunction with borough-level improvements to recycling services over the coming year and will form part of a &£21m programme to boost recycling in London, which is struggling to meet government targets.

The Government wants UK households to recycle a quarter of its waste by 2005. The present rate is 10.3 per cent.