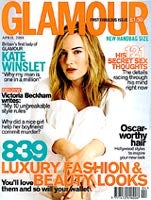 Glamour, the handbag-sized glossy magazine published by Condé Nast, is understood to have beaten its monthly circulation target by over 100 per cent since its March launch.

The company will issue an audited publisher’s statement from Glamour publisher Simon Kippin, in the first week of August.

Condé Nast managing director Nicholas Coleridge says: “The publisher’s statement will reveal that Glamour has been the biggest ever launch in the women’s market.”

However, Condé Nast will not be issuing an Audit Bureau of Circulations (ABC) figure when the next ABCs come out on August 16. The company says this is because once they have opted for a quarterly audit, it cannot change the period over which its circulation is measured until it has had two consecutive quarterly audits.

Coleridge adds: “The August ABC figure for Glamour would have to be based on a three-months period. This means it would have to have an ABC audit every three months.”

Following Glamour’s launch, the publishing house was understood to have rushed out an extra 50,000 copies after the magazine was reportedly sold out in more than a third of WH Smith’s branches.