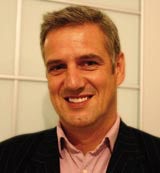 John Harley, the former chief executive of Budweiser Budvar in the UK, has resurfaced as the beer brands director at vodka-specialist&nbsp;Global Brands.

In his newly created role, the marketer will be responsible for bringing imported beer brands to the UK, with the company having the sole rights to distribution and marketing.

“We are already in negotiations with a few imported beer brands, which will either be new to the UK market or not fully developed here, to be included in our portfolio,”&nbsp;says&nbsp;Harley. However, he refuses to give any details.

Harley will also continue in his role as the chairman of NOFIBS (National Organisation for Imported Beers), which was launched two years&nbsp;ago&nbsp;to&nbsp;promote “genuine” imported beers in the UK.

Harley left Budweiser Budvar last year without a job to go to, after three years with the company (MW February 17, 2005).

At Budweiser Budvar, he was responsible for the launch of the Czech lager, which had the word “bud” emblazoned in big letters on the label.