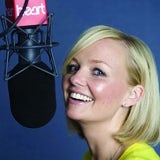 The company says the restructure will see smaller Heart stations merged and result in the creation of 15 “centres of excellence”. A spokeswoman refused to say how many jobs would be cut, only that there would be a “streamlining”.

Despite the changes there little difference in programming with local breakfast and drive-time shows remaining in place and an increase in the number of local news bulletins.

Global said that it was investing £7m local facilities, programming and local news as part of the restructure. The move comes last year’s rebrand of the 33 stations to the Heart name.

The changes follow an Ofcom consultation into the future of local media in the digital age. In its findings, Ofcom conceded that local radio revenues were in steady decline and that many smaller stations serving fewer than 700,000 people would be making a loss by the end of 2009. At the same time, Ofcom wanted to ensure that the levels of locally produced content were maintained.

Heart’s move into the new broadcast centres will start next month and will be completed by the end of the year. Centres include Heart West Midlands, based in Birmingham, Heart Cambridgeshire, based in Peterborough and Heart North West and Wales, based in Wrexham.

Ashley Tabor, founder and CEO of Global Group, says: “The Ofcom statement enables commercial radio to organise itself more efficiently and take advantage of new technology to enable our people to work smarter.

“Although this has meant some brave decisions for our business, these changes considerably strengthen our company by providing listeners with higher quality programming and our customers with a far superior service.” 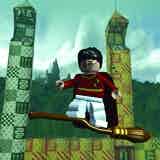 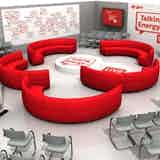 Energy company Eon is launching a series of events inviting the public to discuss energy issues.

A round up of retail stories from the past week… DSGi, Kesa, Waitrose, High Street, Ocado, Game, M&S