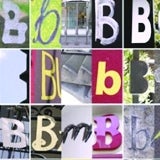 Domestic agencies need to globalise their services if the advertising industry is to drive the economic recovery, according to Andrew McGuinness (AM) founding partner of creative shop, Beattie McGuinness Bungay.

McGuinness was speaking after think tank Credos unveiled its “The Contribution of Advertising to the UK Economy” report earlier this month. It revealed that the advertising industry makes a £15.6bn contribution to the economy, double the figure last reported by the Department of Culture, Media and Sport in 2008.

BMB’s founding partner, who spoke at the launch of the report, explains to Pitch why the industry needs to do more to be more attractive to brands both in the UK and overseas if it is to kickstart the economic recovery.

The creative industries are collectively the second biggest contributor to the UK’s economy after tech according to a recent report by think tank Credos. But how can creative agencies tap into this to drive growth?

AM: If you project where the growth in the UK economy is going to come from over the next five years, I think the revival is likely going to come from the creative industries such as film and music more than any other sector. The advertising industry sits at the heart of these sectors, as it is a big funder of music and an active commissioner of film.

What opportunities can the UK advertising industry capitalise on to drive economic growth?

AM: The UK creative industries have a lot of strong world beating businesses that aren’t effectively being internationalised. One of the things both the government and the advertising industry needs to get better at is allowing businesses to grow globally to a point where they are large businesses and can provide significant contributions to the economy.

How can creativity help achieve this?

AM: Creativity is fundamental to agencies being able to internationalise their services. As we look at the economic base of the UK, much of the value the advertising industry creates is based on intellectual properties (IP). Creativity is shorthand for IP, which often sits at the heart of strong advertising. It’s another example of where I think the advertising industry needs to be at the vanguard of something that the wider economy needs to recognise.

How do smaller agencies that may not have the infrastructure to expand their offering overseas go about contributing to the economy?

AM: The IPA is forging stronger relations with creative industries overseas to help its member agencies expand globally. So far this year the industry body has led delegations to Silicon Valley and China. I think going out there and flying the flag for Britain in both the US and China is helping its member agencies tap into new opportunities.

How have you adapted BMB to ensure it is in the best place possible to contribute to the UK economy?

AM: We’ve recently expanded into India, which like China is a high growth market. There’s an enormous opportunity we see in the Asian market, both for domestic brands within India who we work with and also increasingly Indian brands within the UK. The challenge is going to be figuring out how to build confidence and grow the UK creative sector into a destination where brands want to spend money and can see the value of developing their brand in the UK rather than somewhere else. 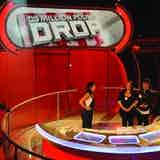 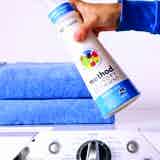 Method, the ecological laundry and home care brand, is preparing to relaunch in 2012 as part of an “aggressive” growth plan.