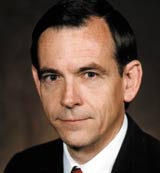 Middlebrook will report to GM chairman and chief executive Rick Wagoner. Wagoner says Middlebrook will be responsible for implementing best practice in sales and marketing, which he describes as “critical areas” in its global businesses. GM has already restructured its European operations, but has yet to rejig its marketing structure under European vice- president of sales, marketing and after-sales Jonathan Browning.

GM contracts out the European rights to market luxury marque Cadillac to Dutch company Kroymans, but there has been recent speculation that the US company is to use Saab factories to produce Cadillacs in Europe and will take control of the distribution of the brand’s cars.