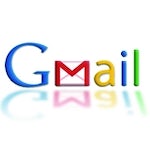 Priority Inbox, revealed yesterday (30 August) in Beta mode, is designed to be “an experimental new way of taking on information overload in Gmail”, according to Google.

The filter system offers users the option of splitting their in-box into three sections: “Important and unread”, “Starred” and “Everything else”.

“Bear in mind that whilst the user will check the priority email first, in this folder they will be scanning things quickly and looking for things to act upon. The users mind state once they come to read the regular inbox afterwards may be easier to engage with for some marketers.”

He says that users may prefer to take longer to read editorial-heavy communications and marketers could add a “star this email to read it later” call to action to the preheader.

He says: “The key to getting into the priority inbox is relevance. The user is now actively teaching filters what they want to read, so every mailing should be as useful and engaging as possible. This means segregating your lists, following design and HTML best practice and cutting out irrelevant ’blanket blasts’ to everyone. It might even mean mailing people less sometimes.”

Ben & Jerry’s recently stated that it was dropping email marketing to focus on social media. The decision prompted strong debate about the value of email marketing, including this defence from Richard Lees, chairman of dbg.