The company says its group turnover totalled £280m this year, a fall from last year’s £310.9m, but says it is seeing the beginning of a recovery in ad revenues.

Carolyn McCall, soon to depart chief executive of GMG, says: “The recession has driven steep declines in advertising revenues across the media industry, and has been a real test for all our businesses. However, steps taken to reposition the portfolio in the years before the downturn, and our actions over the last year in response to the economic crisis, meant that GMG ended 2009/10 in good shape.”

The media group, which owns the Guardian and Observer newspapers, as well as radio stations such as Smooth, restructured its business in the last year including its marketing department. Staff including marketing director Marc Sands and head of sponsorship, events and marketing operations Sara Rhodes left the business.

Trinity Mirror is buying GMG Regional Media, from GMG for a total consideration of £44.8m.

McCall says: “Significant cost savings during the year led to a fall in operating loss before exceptionals. In addition, there were important changes within our businesses and to the portfolio which strengthened the Group’s long‐term financial position.”

“The media industry faces continued uncertainty. Nonetheless, GMG can look ahead with cautious optimism, and with confidence in the future of the Guardian.”

GNM says its restructuring helped deliver cost savings of £26.2m during the year and its cost base has been substantially reduced. The company says GNM’s revenue fell by £32.6m and it anticipates that the ongoing cost reduction programme will reduce GNM’s operating loss in the current financial year (2010/11), provided that revenues are stabilised.

McCall leaves the company at the end of the month to join low-cost airline Easyjet. Group chief financial officer Andrew Miller will replace her as interim chief executive from 1 July, while the company searches for a successor.

GlaxoSmithKline’s flagship drinks brand Lucozade has put its estimated £10m advertising business up for pitch. It has invited roster agencies M&C Saatchi and Ogilvy to pitch for the business.

New York based research and innovation house PSFK has published a report called the Future of Retail, outlining 10 trends that will impact the retail sector in the next three to five years. I thought I would share my own views on some of the more interesting trends. 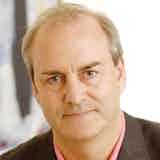 Long-serving director general of the Institute of Practitioners in Advertising (IPA) Hamish Pringle is to step down next year.