Presumably in French the juxtaposition of the words “cooking” and “book” has none of the negative associations that it has in English. But post-Enron, the cookery course laid on as a staff incentive by Arthur Andersen, Paris, might have been considered more of a corporate faux pas on this side of the Channel.

The international accountancy business (since evolved into Accenture) has joined other big brands such as L’OrÃ©al in urging its staff to pull on a clean, white apron and learn to cook. Both companies have been recent participants in courses at L’Atelier des Chefs in Paris.

L’Atelier des Chefs chief executive and co-founder Nicolas Bergerault believes that the disciplines involved in cooking as a group are similar to those instilled into staff at many successful companies. “In the Eighties and Nineties, incentives were, above all, about individual activities such as go-karting. Now companies are looking for activities that are more about sharing and working as a team,” he argues. Apart from co-operation, he singles out discipline, creativity and respect for time as other common themes.

Bergerault also believes that team cooking is also a great leveller. “You get a wonderful atmosphere, because from the chief executive down to the new receptionist, no one knows more than anyone else about cooking,” he says.

Sessions at L’Atelier des Chefs can last as little as an hour and are run for many Paris-based companies during the evening or even the lunch hour. The average group size is 20, but Bergerault says courses are “Ã&nbsp; la carte”, and can be tailored to the needs of individual businesses.

But you do not even need to leave the UK to reap incentive rewards. Capital World Travel travel and event management director Chris McQue, describes one “incredibly successful” low-budget incentive to the Trossachs in Scotland. He explains: “This involved a celebrity chef, a cookery school, the great outdoors and some very unusual team-building activities, including curling.”

Significantly, though, this incentive programme offered much more than just a cookery course. Activities such as taking staff to far-flung destinations go in and out of fashion, and it may be that the idea of becoming the next Jamie Oliver will help to motivate staff teams in the months to come. But no one would suggest that celebrity chefs are corporate gurus with an answer to every staff problem.

Equally subject to the whims of fashion, it could be argued, is the exact role of the incentive trip, how it relates to the pre- and post-incentive periods, the part played by “communication” and the precise meaning of return on investment (ROI) in an incentive context. Others would maintain that this particular blend of ingredients is a recipe that can – and should – be tailored to the client.

P&amp;MM director Nigel Cooper, who is responsible for the company’s travel and events business, says: “Our starting point always has to be what the client is trying to achieve.” Like Bergerault, he identifies a broad shift in incentives from the Nineties to the present. But his emphasis is a different one: “The Nineties were very much about reward, whereas now it has to be far more closely linked to specific objectives.”

He explains: “In the past, the top 50 sales people who’d helped the company hit a profit target would go off on a fairly expensive six or seven-day intensive travel programme.” There was not usually much of an emphasis on communication during the trip. 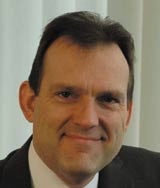 “This type of incentive business has dissipated,” Cooper continues. “Instead, these days incentive organisers are having to look more at ROI. More of our work relates to launching a product or setting new objectives, with a small reward at the end.”

Management may put forward a target for profit growth and instigate discussion about how it can be achieved. In this sense, says Cooper, “team-building” is still important, but it is less fun- oriented and has more of a commercial edge. “There’s a much heavier focus on what the group is going to be doing to make a particular outcome happen,” he believes.

One typical model, says Cooper, would be for the client to include a team exercise starting with a kick-off forum to establish a focus. This might then evolve into smaller workshops, where practical solutions are thrashed out. Feedback for the entire group could then be combined with agreement on measurement programmes, alongside objectives which the group has set itself.

Cooper says that one reason for this evolution in incentive planning has been competition from alternative spending options. “If you have a budget of &£100,000, you can ask the question: ‘Why not just earmark it for commission?’ You have to be able to demonstrate that in terms of impact and longevity, the incentive is the best option.”

With an eye to success

P&amp;MM was aiming for “impact” of a more traditional kind with an incentive it organised last year for ophthalmic lens specialist Signet Armorlite. This trip saw nine high-earning and well-travelled lens professionals, plus partners, taken on a four-night cruise around the British Virgin Islands in a small fleet of luxury yachts. The venue for the not-too-serious “conference” element was a beach, while partners were invited to take in the tourist attractions.

The Signet Armorlite event placed the emphasis firmly on impact and unstructured team-building. But Cooper argues that overall there is an increasing crossover between a certain type of hybrid incentive/conference and broader performance and change management consultancy. One key difference, he claims, is that P&amp;MM’s incentive programmes are designed to be “self-liquidating” within two years.

Some in the sector do take the view that incentive travel has to expand beyond its motivational remit to incorporate forward-thinking communications into the trip itself. But Capital’s McQue believes that a more common assumption in the motivation industry identifies ROI with the campaign – and the response to that campaign – in the months that precede the incentive.

McQue explains: “The best ROI is gained through the most change-provoking motivation campaigns, which also provide the most appropriate travel rewards. Separating the travel experience from the marketing strategy is like eating fish without chips.”

Nor are incentive schemes only to do with sales teams and quantifiable objectives, McQue cautions. While many do still originate with the sales director, today’s human resources and marketing directors are equally likely to be behind internal incentive campaigns. And if incentives of this sort are not going to be seen as the elite preserve of a handful of habituÃ©s, every new campaign has to inspire previous “losers” as well as “winners”, providing clear communication of desirable and achievable targets.

McQue agrees with Cooper that building in a conference element to incentive travel usually has many more advantages than disadvantages. “While you’ve got the most productive 20 per cent of your workforce together, surely it makes sense to communicate formally to that group, while not involving partners,” he says.

Increasingly, McQue points out, conferences are incorporating elements of leisure activities, and incentives are blurring this distinction in a similar way. “Many decision-makers say: ‘No, we want to keep this as a reward, pure and simple.’ But this type of hybrid event is becoming common.”

As he explains, and as the P&amp;MM trip to the Caribbean demonstrates, a “conference” element can be relaxed and fun, and dovetail with other activities. “A meeting can take place on a yacht or on the top of a mountain. Often the value of these things over time is huge, while the additional cost of staging them in such a spectacular location is negligible,” McQue says.

It may be that clients are incorporating more group events of this kind into incentives, and spreading their budget more thinly so that more can be allocated to training or more traditional conferences. But Incentive Travel and Meetings Association executive director Charles Robinson believes there are other reasons as to why companies are reining in their generosity when it comes to travel.

“People are tending to down-scale to some extent,” says Robinson. “The lavishness that used to accompany a lot of these trips is not as prevalent now. This is partly because of the business climate where there have been many acquisitions and mergers and, as a consequence, redundancies. Companies don’t want to appear to be too lavish.”

Concern over shareholder attitudes also plays a major role in this refocusing, Robinson argues. There are even stories of shareholders confronting incentive organisers at particularly exotic destinations, demanding to know why “their” money was being squandered this way.

Of course, if tailoring the programme to meet intended outcomes is essential, so too is ensuring that the destination and hospitality are relevant to the cross-section of individuals involved.

One obvious solution is to take groups to locations where the activities and hospitality available cater for the broadest range of tastes. “Creative agencies are very quick to offer destinations that provide a degree of variety for clients,” says Robinson.

Trickier to grapple with, according to McQue, are mixed-nationality groups. “Differences can even come down to something as basic as the choice of destination,” he warns. “The French may be just across the Channel, but they tend to go off to completely different parts of, for example, Asia to the British.”

With merged multinationals dominating across a range of sectors, coming up with solutions to this particular conundrum could keep more than McQue’s Capital agency busy in years to come.

The future of the Allied Domecq marketing team has been put in doubt following the drinks giant’s takeover talks with Pernod Ricard. In the event of a takeover, it is thought that Allied’s entire centralised marketing team would be subsumed under Pernod Ricard global marketing director Jean-Paul Richard. Allied chief executive Phil Bowman is expected […]

Vodafone and O2 have been called before the European Commission to face allegations of overcharging. The claims could result in multi-million-euro fines for the mobile phone operators.

Gambling operator Blue Square has appointed Nick Wenn as chief marketer. The appointment comes as the bookmaker, owned by leisure business Rank Group, expands its service into Ireland and prepares to open its first high street store. Wenn, who joins on May 5, replaces head of marketing Peter Loveridge, who left the company last autumn […]