As people turn to social networks to discover and share new content, brands are trying to position themselves as authoritative sources of information.

Young people are increasingly likely to discover content through social media rather than other online channels like search engines, new research suggests.

Nearly half of people aged 18 to 24 (43 per cent) prefer to use social networks to look for content compared to sites like Google, according to a study by video search website Blinkx. The company surveyed more than 2,000 UK adults about their online sharing habits and looked at how these change across different age groups.

Suranga Chandratillake, chief strategy officer and founder of Blinkx, believes that the traditional search engine remains the most popular and efficient way for people to find content quickly. The research shows that despite the popularity of ‘social searching’ among young people, only 19 per cent of the whole sample prefer social media over search engines. This goes down to 5 per cent for the 55 and over age bracket.

However, Chandratillake also notes that digital platforms like social media have had a dramatic effect on the more spontaneous aspects of content discovery. “Historically, it was done in other ways,” he says. “When a big news story hit 20 years ago, people found out about it on TV, they read it in the paper or they were told about it by someone. Today, most of us find out about big stories through some kind of online media.”

Brands are seeking to take advantage of this trend by turning their social media feeds into places where people can discover and share interesting content. For example, clothing and equipment retailer Cotswold Outdoor focuses on engaging a broad audience of people interested in outdoor activities and sports by using its social media pages to share content around these topics. This includes internally-produced content like a recent video on the niche sport of trail running, as well as links to external sites that might be of interest to outdoor enthusiasts.

“If someone else has good content, we’re happy to link to it,” says James Dunford, online marketing manager at Cotswold Outdoor. “There are so many people with great content and if users enjoy it, then we’re not going to refuse to share it just because we haven’t created it. Providing a good service to the user is the most important thing.”

Dunford argues that this approach helps to build loyalty towards Cotswold Outdoor, which has 68 stores in the UK. By positioning itself as an authoritative source of online content, people are more likely to consider the brand when it comes to making a purchase, he claims.

“It’s about trying to find new ways of engaging people and providing them with interesting content,” adds Dunford. “If people are seeing how connected we are to the outdoors and are constantly seeing our brand in their news feeds on Facebook or Twitter each day, then when they come to think about buying outdoor clothing we should come to mind.”

Despite the popularity of social sharing among younger people, Dunford notes that older people are sometimes more engaged with Cotswold Outdoor when they choose to follow the brand on social media. For example, he points out that while some younger users may have liked hundreds of brands on Facebook, another less active user and fan of the brand is more likely to see Cotswold Outdoor in their news feed because they are not following as many businesses in the first place.

As well as taking account of the age of their social media followers, brands are tailoring their content to suit different social networks. Blinkx enables people to sign into its service via their Facebook or Twitter accounts: an option that provides access to a customised news feed where people can view videos that have been shared and recommended by their social media contacts.

If people see how connected we are to the outdoors, when they come to buy outdoor clothing we should spring to mind

Chandratillake says there are big differences in sharing behaviour across different networks, with Twitter offering a higher volume of shares against Facebook’s potential to offer a higher level of engagement from viewers. “Most people on Twitter have a large number of followers and it’s different to Facebook where you have closed networks,” he adds.

“The content shared on Twitter tends to be more external facing content – news stories and things you think a wide audience is going to be interested in. On Facebook, a lot of the videos [that are shared] are very personal, such as family events, which are probably only going to be watched by three or four people.”

The research shows that video sharing is particularly popular, with 68 per cent of people confirming that they actively share their favourite videos with family and friends online after watching them. This activity is most popular among younger people, with 91 per cent of those in the 18 to 24 age group doing it. However, more than half (57 per cent) of those aged 55 and over also say they do the same.

Numerous brands have achieved positive marketing results by creating compelling online videos that have been shared on a huge scale. Evian, for example, launched a new online video in April entitled Baby & Me, which debuted exclusively on the water brand’s Facebook and YouTube pages ahead of a wider roll-out on other media. The brand works with online video distribution firm Ebuzzing in an effort to maximise the performance of its videos.

The video, which features reflected images of babies dancing in front of their grown-up counterparts, builds on Evian’s hugely popular Roller Babies spot from 2009, which made it into the Guinness Book of Records as the most viewed online advertising video. The official Baby & Me video has already had nearly 60 million views on YouTube.

Alexis Thobellem, global digital manager at Evian, defines viral videos as an art form that requires marketers to tap into the sense of joy or excitement that people feel when they decide to share a video with their friends (see Marketers’ response, below).

Chandratillake agrees and suggests that “authenticity” should also be one of the guiding principles for brands aiming to create an interesting video that people will want to share. “Sometimes they are very funny, sometimes they are very prescient or thought provoking,” he notes. “The important thing is that it’s real and that your brand’s attachment to it doesn’t undermine that authenticity.” 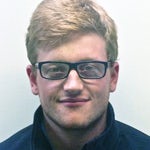 We find that social media is not the type of place where people are really in a buying mood so we’re all about creating content – whether that’s sharing content from brands, creating our own content or content from any of the 68 stores we have across the UK. It’s all about providing something that people will be interested in and that demonstrates our passion for the outdoors.

We have an in-house team that works on content, be it videos, studio shoots or creating technical guides. We’re not pushing it as a sales pitch – it’s about the service we offer and we try to mix it up by sharing content from other places. It ensures we’re authoritative and can help our customers. 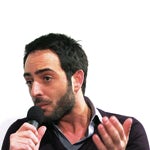 With the Roller Baby and Baby & Me campaigns we tried to achieve that unique thing that you could call ‘sharability’. I’m not sure there is a definitive answer of what that is but I would say it is the capacity to provoke jubilation in the people watching. You have to think of the type of feeling that people have when they want to share something online. It is almost an unconscious way of thinking.

We did some TV advertising in the UK and France but the TV dimension of the campaigns was marginal. I would say that the babies that appear in the videos are ‘digital native’ characters. The message we communicate with these videos is that our water is healthy and creates a youthful sensation in your mind and body. 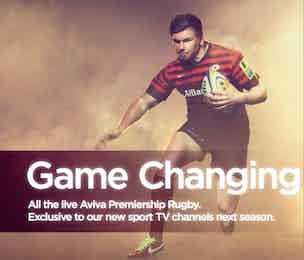 The launch of BT Sport this evening (1 August) will be backed by major advertisers keen to tap into the consumer interest around how its content will match up to Sky Sports. 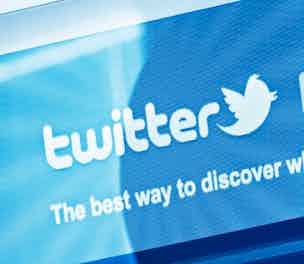 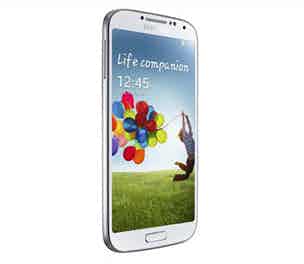