The latest figures show that propensity to make a big purchase increased by six points in January to +6, a rate 15 points higher than January 2014 and the highest level since June 2007; before the recession made its impact.

The survey’s headline index rose to +1 in January, matching the highs hit in mid-2014.

The positive figures represents a reversal from December’s nine-month low of -4 as consumers spent carefully over the festive period.

“With less than 100 days before the election, this big jump in the index will be a big boost for the government who will want to boast about improvements to the economy,” said Nick Moon, MD of social research at GfK.

He urged perspective adding: “Last month I remarked that for the first time in eight months the Index had moved outside the range of -1 (plus or minus 2), and this month’s increase has done no more than return the Index to that same range, albeit the upper end of it.

If next month sees another rise, that will definitely signal good news for the government but, if not, it will suggest that the growth in GDP is not making people feel better off.”

In December, The Office for National Statistics said UK retail sales volumes jumped by 0.4 per cent on a monthly basis against forecasts that had seen them falling 0.6 per cent, although the data was still the weakest December growth for two years.

It said department stores, in particular, had been hit by Black Friday promotions at rivals on the high street. This resulted in a 4.5% drop in sales compared to November – the worst festive performance of department stores since 1996.

However, people’s personal finances appear to be improving in what will be a boost to retailers just as much as to chancellor of the Exchequer George Osborne.

The GfK index measuring changes in personal finances during the last 12 months also increased four points in January to -2; this is 10 points higher than January 2014. 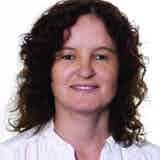