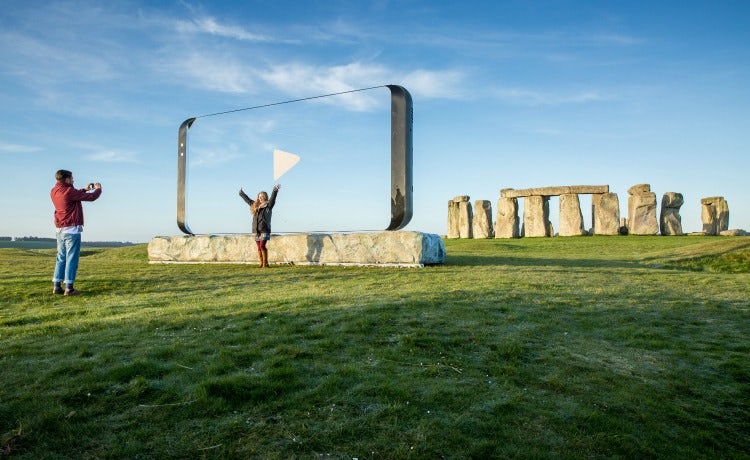 Samsung shows brands how to bounce back

Putting aside the announcement that CEO Kwon Oh-hyun is planning to step down amid an ongoing corporate governance crisis, from a product perspective Samsung is a standout example of a brand using the power of marketing to bounce back.

The South Korean smartphone brand relied on its marketing strength to cut though the negative publicity surrounding the Galaxy Note 7 exploding phones scandal in October 2016, first by accepting responsibility and then moving the conversation forward.

The company took out a full-page newspaper advert apologising to users for the Note 7 crisis, followed by a series of further ads showing engineers explaining the safety and quality tests smartphones go through before being launched.

TV advertising was an important part of the strategy. In March alone Samsung notched up 1,964 minutes of airtime, increasing its spend by 60% compared to the previous month, according to data science company 4C.

To underline its commitment to transparency Samsung also released the results of its investigation into the issues around exploding Note 7 devices and explained plans to introduce multi-layer safety measures.

Mobile World Congress in February was Samsung’s opportunity to show off its innovative side, debuting its Oculus-powered Samsung Gear VR controller, launching two tablets and explaining its ambitions for 5G data coverage.

READ MORE: Samsung on why it chose to take risks and ‘fight complacency’ during its phone crisis

All this work was well underway by the time Samsung launched its Galaxy S8 and S8+ smartphones in April, sales of which helped drive an 20% increase in Samsung’s overall sales to £41.4bn during the three months to June. During the second quarter Samsung also achieved a record 72% surge in profits to £9.3bn.

The marketing charm offensive appears to have made a considerable difference to Samsung, whose brand value rose 23% to $24bn (£18.3bn) over the past year in Kantar Millward Brown’s 2017 BrandZ ranking. CR

This hasn’t been the best year for political or social discourse, after a constant stream of negative news, ranging from US President Donald Trump’s many Twitter insults to recent sexual harassment scandals reaching into all walks of life. Sensing a message of unity and hope could resonate well during these testing times, several brands have made an impact with socially-conscious campaigns.

Following Trump’s controversial decision to suspend his country’s intake of refugees and to ban all entry from seven majority-Muslim countries in January, brands including Airbnb and Starbucks took a bold stand against him.

In February, Starbucks announced plans to hire 10,000 refugees over the next five years across the 75 countries it operates in. Airbnb, meanwhile, offered free accommodation to those impacted by the travel ban.

In the week following the Starbucks announcement, the coffee brand’s reputation score increased by 5.9 points to a score of -3.1, according to YouGov’s BrandIndex. This was the second biggest weekly rise on a list of 38 of the biggest fast food and drink brands, and served as proof taking a stand can create quick results.

There has also been a renewed commitment to tackling food waste by major UK businesses such as Tesco. This year, the UK’s biggest supermarket launched its first press and social campaign talking exclusively about its commitment to tackling waste. Tesco CEO Dave Lewis even admitted to Marketing Week the retailer had realised it now needs to take its support for ethical causes “even further”. He tellingly explained: “We want to become a brand that is purpose-driven, as ultimately this builds trust more than anything else.”

Interestingly, Jigsaw’s group head of marketing Alex Kelly believes marketers need to stop worrying about upsetting people: “If a political campaign risks making people potentially disagree with you then I think it’s worth it as that still creates a powerful emotional engagement.” TH

The rise and rise of ‘ecosystem’ brands 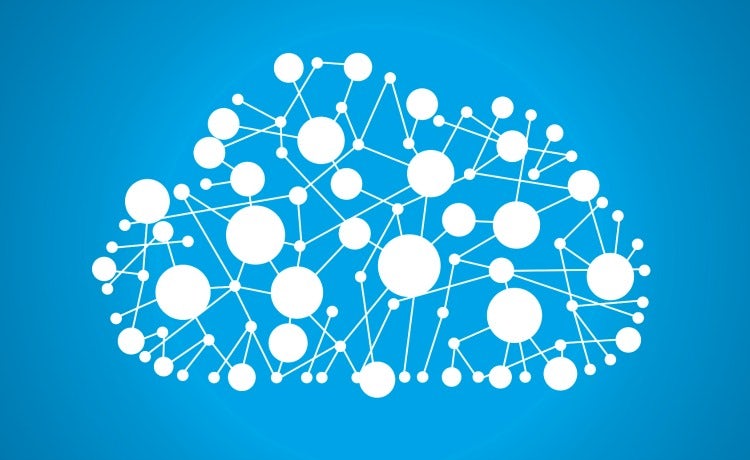 Global behemoths such as Amazon and Apple have been clear winners in 2017 from a growth perspective. One thing they have in common is their ability to conveniently connect consumers’ lives across an ever expanding selection of touchpoints.

Known collectively as ‘ecosystem’ brands, each offers a suite of products and services under a single, connected proposition making it easy for consumers to stay within their ecosystem. And it’s these brands that have the most potential for future growth, according to the latest BrandZ study by Kantar Millward Brown.

“Ecosystem brands cleverly meet our needs and make our lives easier by offering us all sorts of things that are connected so we gain this traction with them,” says Peter Walshe, BrandZ global strategy director.

Amazon is a prime example. Over the past year, it has invested heavily in a number of key areas including its Prime subscription service and connected home devices Echo and Alexa. It has launched its own fashion brand Find and personalised clothing service Prime Wardrobe. And it is exploring offline opportunities too, having forked out £10.7bn for the Whole Foods grocery business as well as trialling innovative concepts such as Amazon Go, which allows consumers to pay for items automatically as they exit the store.

By having such a broad array of services under the same umbrella, ecosystem brands are creating a new model for loyalty, as consumers effectively become locked in to using certain brands. If someone has an iPhone and is connected to the iCloud, for example, they will be much less likely to suddenly switch to Samsung as their whole life is connected to Apple.

The top four brands in the 2017 BrandZ ranking – Google, Apple, Microsoft and Amazon – are all classed as ecosystem brands, and there doesn’t seem to be anything stopping them as they continue to expand. LT

Craft is a growth driver all can exploit 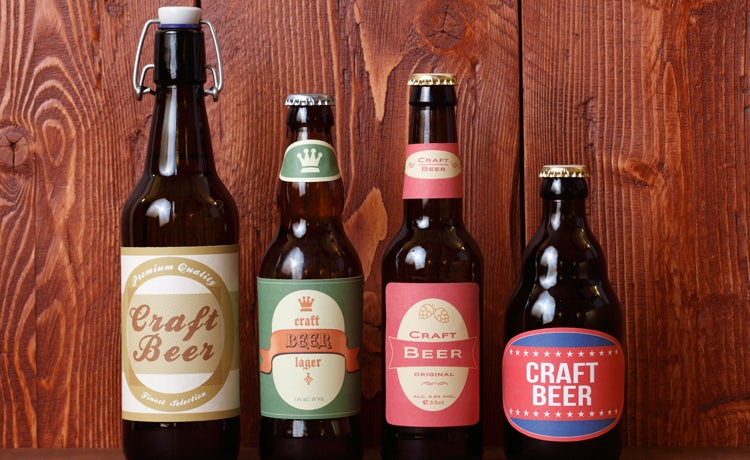 The beer sector’s woes have been clearly documented over the years, but there is one division that still makes brewers smile – craft. While lager sales growth is largely flat, craft beer is growing rapidly: UK craft beer value sales grew 23% last year, according to CGA Strategy figures for the 12 months to April 2017.

The booming craft beer market has emerged as consumers move away from mass-produced beer and become more discerning in their choices, and so behemoth brewers like AB InBev, Heineken and Carlsberg have naturally wanted to get in on the action.

Many have been aggressive with acquiring small breweries. AB InBev bought Goose Island in 2011, and has since snapped up another 11 craft brewers, ranging from Blue Point in New York to Camden Town Brewery in the UK. Others have decided to launch their own products. Diageo introduced ‘Hop House 13’ lager in 2015, putting a seven-figure marketing budget behind it.

Almost all big brewers have focused on quality and heritage in their marketing to push their craft credentials. Meanwhile, smaller players have promoted a message of their products being unique and brewed in smaller batches compared to bigger players.

But even if some would argue big companies can’t be craft brands by definition, the message of craft has proved a boon for all brewers. One of the most successful at using its craft credentials to scale up is BrewDog. The business was recently valued at £1bn after selling a 22% stake in the company to private equity firm TSG Consumer Partners.

At the moment, the vagueness of what craft stands for means it remains an opportunity for anyone to exploit, even if the Society of Independent Brewers has attempted to formalise a narrower definition. The lesson for marketers is that if a trend is ambiguous enough, it can be used to your advantage. LR

Marketers have taken back control of their media investments

If 2016 was about Britons taking back control of its laws and borders it is arguable that in our world at least 2017 was about marketers wresting control of their media budget.

Procter & Gamble’s Marc Pritchard lit a fire under the industry in January, delivering a speech that called for change across the ecosystem. From the lack of transparency and possible fraud in media buying to Facebook and Google’s closed measurement systems, no one came away without a to-do list.

Pritchard was not the first to raise concerns. The World Federation of Advertisers and Unilever CMO Keith Weed had made significant interventions before Pritchard, and the US Association of National Advertisers’ report into agency surcommissions and rebates in 2016 was instrumental in starting a debate around transparency.

However, for Pritchard, the person with oversight of the biggest media budget in the world, to call time-out, demand change and detail consequences for inaction was significant. Soon after his speech an investigation by The Times found ads by household brands running within nefarious content on YouTube. Brands didn’t stop at searching questions and portentous talk of pulling spend. They took action.

A survey by the World Federation of Advertisers of 35 global brands with spend of more than $30bn found 65% have improved their internal capabilities around programmatic while 40% are developing in-house resource to help tackle ad fraud – more than a third (34%) doing so within the last 12 months. Elsewhere, LinkedIn found brands looking to boost internal capability by prioritising programmatic media buying, machine learning and data mining when hiring marketers.

Pritchard’s admission that P&G had been blinded to many of the issues by the shiny new possibilities that digital media brought was important but P&G was far from alone in its complacency. Many marketers had been seduced by what they were being shown on a spreadsheet to be working.

That was until this year when the issues around media buying were pushed so far to the front even the CEO started to take notice. Marketers’ approach is now maturing, becoming more knowledgeable, more capable, more questioning, more in control. RP