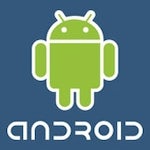 The report comes as Google faces a lawsuit over alleged patent infringements for the Android platform.

Yesterday, Vodafone announced that it would now offer its Vodafone 360 app store as an optional service following customer complaints about a software update that automatically installed branded apps on Google Android handsets.