Google’s EMEA boss Matt Brittin has said that while he thinks the new General Data Protection Regulations (GDPR) are “well-intentioned”, it will be a bumpy road to compliance.

Speaking at a press briefing at Cannes Lion yesterday (20 June), Brittin called out how late much of the detail of the regulations had come through. He pointed to the fact that the IAB standards were released just a month before GDPR came into force.

“It’s very well intentioned, but a lot of the detail of the regulation came through very late,” he explained. “All of us have been rushing to make sense of it and define how we deal with it.”

For example, Google is currently working through how third-party measurement will work under GDPR. While Google wants to offer the right tools for advertisers, Brittin said it would not compromise on user privacy and security and that it is “just starting” to work with partners it can verify comply with data regulations.

Another issue has been working with multiple data protection agencies across 27 countries, all of which have their own takes on what the new rules mean.

“We are having lots of conversations, it is well intentioned but it is quite tricky to implement.”

However, he said just because GDPR may be difficult, that doesn’t mean Google isn’t focused on getting it right for consumers. He highlighted that Google built its ‘my account’ service in 2012 and that it has been visited by 2 billion people in total, and clocks up 20 million visits a day.

My account offers users one “switch” where they can opt out of seeing personalised advertising, as well as a dashboard where they can see all Google’s services and how their data is being used and shared, and change their settings.

Google would like to see more companies giving users the opportunity to “take control”, rather than having them opt-out of advertising on the internet through ad blockers. That is particularly important online where most sites are reliant on ads in some form – particularly Google.

“Over time we’ll see a world where more and more countries move towards thinking about user protection in a smart way so everyone is looking and learning from what is going on in Europe at the moment.” 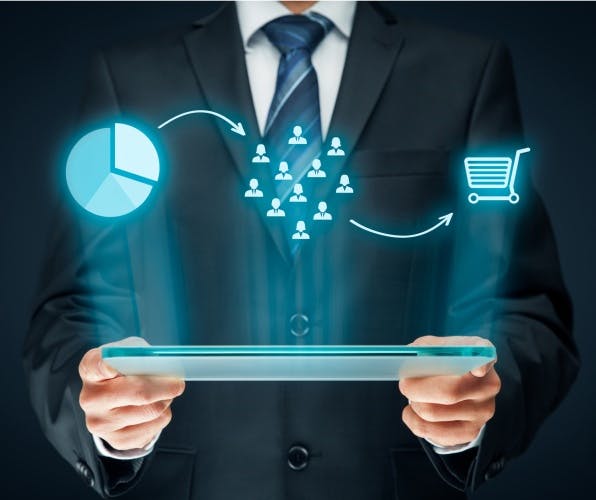 GDPR offers brands a historic opportunity to establish a real value exchange with customers, which if done correctly will create trust and loyalty.