The Android music system is reported to be the first hardware that Google will design and market under its own name. Google’s range of smartphones, tablets and televisions are currently built by other companies but run on Android software.

The move would intensify its competition with Apple and follows other moves by Google to catch up with its rival in the home entertainment market by selling digital music, movies and e-books to consumers via the Android Market.

The search giant is reported to have been testing the music system for more than six months, which will link with home WiFi systems to wirelessly stream music from the cloud and other web-connected devices such as smartphones and tablets.

The system is thought to be prepped for launch later this year.

Google declined to comment on the “speculation” surrounding the Android home entertainment system.

I agree that companies are turning to own-branded TV channels to increase brand engagement and drive purchases (MW January 19). This is due to the demand for online content. Findings from Ofcom and YouGov show there are over 785 million visits to online video websites every month. In fact, 27% of internet users access TV […] 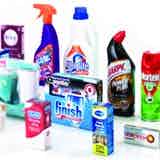 Reckitt Benckiser, the FMCG company that owns brands such as Cillit Bang, Lemsip and Dettol, has posted higher than expected sales on the back of increased marketing and media spend during the year. 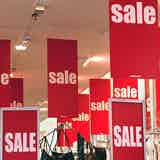 Heavy discounting failed to revive UK retail sales in January when sales dipped 0.3% as consumers reined in spending amid worries about job security, according to a study.