Despite its official positioning as a tool to drive traffic to news sites, Google News had a higher reach – 30% – among the 453,353 business executives surveyed than any dedicated news site.

Wall Street Journal Europe, while reaching just 3.8% of those surveyed through its website, maintained a 34% lead in readership through combined print and online over its pan-European rival International Herald Tribune.

Bloomberg Businessweek magazine saw a jump of 39% in online reach year on year among the survey audience.

Although almost half of the sample (47%) accessed online content via smartphones on a weekly basis, print and TV channels remain strong, with business leaders obtaining information from as many sources as possible.

Business executives continue to adopt new media: 46% have a presence on Facebook and 41% are on LinkedIn. 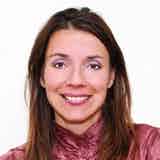 Stephanie Himoff, VP of sales and business development for Demand Media in Europe, looks at how retailers need to understand the true value of social media to make it work. Change is afoot. More and more the phrase being bandied around progressive marketing departments across the country is not social media but social commerce. This […]