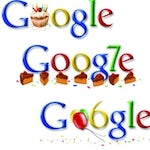 The changes, which come into effect in the UK & Ireland and Canada on 14 September, will be open to some advertisers including resellers, sellers of component, replacement or compatible parts, and informational sites, such as review sites.

Any advertisers that don’t fall into these categories won’t be included in the changes.

Google, which first rolled out the changes to ad texts in the US last year, expects the policy change to make ads more specific and relevant for users.

Peter Fitzgerald, Google UK’s industry director, said the change in the US has helped its users and advertisers by reducing the number of “overly generic” ads.

“We believe the user experience is improved if, for example, they conduct a search for a particular brand of TV and see ads which give them more detail about where they can buy that brand, where they might be able to fix it, buy component parts or read reviews.”

Google will also update its policy to enable European advertisers to use trademarks as keywords, as they can in the US. This will also come into effect on 14 September.

Earlier this year the European Union’s highest court cleared Google in a trademark lawsuit filed by luxury goods maker Louis Vuitton and two other companies. The court found that Google didn’t violate the trademarks of companies when it allowed online advertisers to use keywords identical to those trademarks.