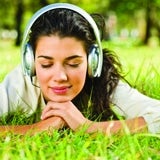 It is thought that the service will let people listen to their music anywhere by uploading it to the cloud, enabling them to then stream it via any internet connection.

Google says it will announce the launch at its I/O conference for developers in San Francisco today (10 May) but did not add any more detail.

The service is expected to act as a remote ’locker’ for a user’s music, much like Amazon’s Cloud Player launched in March, which lets people access their music via web and Android apps.

Reports have also suggested that despite Google giving the go-ahead for the launch, it hasn’t yet secured any deals with the major record labels. This type of service doesn’t always require additional licences from labels, but not having them on board could mean Google is restricted in what features it can add to the service.