In an attempt to create more transparency around viewability, Google has used Google Active View’s technology to collect data and create a deeper insight into how ads are viewed onscreen. Google presented five key findings:

Alex Tait, EMEA digital director at Kellogg Company told Marketing Week the key finding of the research was “interesting”. “The fact that from the study 56% of impressions aren’t seen at all illustrates the value of viewability as a metric to the industry.”

Miles says that viewability is of growing importance since the US-based Media Rating Council lifted the viewable transaction advisory earlier this year. “More perspective on viewability is important as it can be a measuring tool for marketers,” he said.

In the UK, focus on viewability has been growing. The Internet Advertising Bureau (IAB) set out standards that allowed marketers to buy ads based on viewability for the first time in April this year (2014). The move was made in an attempt to eliminate discrepancies between advertisers and vendors when it comes to the impressions ads serve online.

The IAB’s Viewable Impressions guidelines state that 50% of the pixels in a banner must be visible for one second to qualify as an impression. Marketers have argued that this may not be sufficient when compared to TV ads, which only qualify if an advert has been seen for the entire duration.

Tait says standards need to be higher. “Now that we have a standard established we should work to set some milestones and targets for how high we want to raise it as an industry. In my view this should be done responsibly in a staggered way to allow the display ecosystem to adapt.”

Further development in the area will mean that advertisers can now buy impressions that are only viewable by potential consumers and billed only when adverts are deemed ‘in view’, according to David Ellison, marketing services manager for ISBA. “It means it’s easier for advertisers to avoid wasting their money on online display ads that go unseen,” he says.

In response to this Miles told Marketing Week: “So far, we want to have the viewability conversation within the IAB standards.”

Google will be doing further research on video viewability in the New Year.

Google conducted the research through Google and DoubleClick. The data used in the study is based on display ads in desktop and mobile browsers and was collected in July and October 2014. 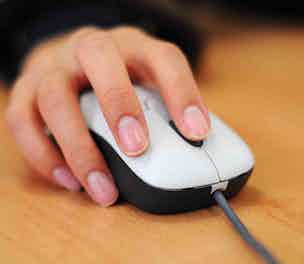