Gambling firms can launch age-restricted campaigns, including pre-roll, on the YouTube home page, on video pages and within brand channels. Content will only be displayed once a viewer has verified they’re over 18. YouTube account holders with a given age of over 18 will also be served the ads.

Ladbrokes is the first UK gambling brand to run a display ad on YouTube, with a click-to-play campaign booked by TBG Digital.

The move continues Google’s relaxation of previously restricted forms of advertising in the UK.

In October 2008 it lifted restrictions on paid search gambling terms in the UK, having previously enforced a blanket ban (nma 18 October 2008). Two months later it allowed spirit brands to advertise on AdWords for the first time (nma 4 December 2008).

Google industry leader James Cashmore told new media age the company is confident ads will only reach over-18s, and that the industry and regulators will be happy with the restrictions in place.

“We’ve been in discussions with brands and agencies about this for more than two years,” he said.

Cashmore said while Google has been talking to GamCare, it hadn’t yet told the gambling support group about this extension of ads on YouTube.

All ads with run through the newly rebranded Google Display Network, which replaces the Google Content Network.

Cashmore said the name change reflected how display is central to the Google ad offering. “Display makes up a significant proportion of the Content Network, so it made sense to change,” he said.

The mobile internet has arrived There will be more people using the internet on mobile phones than on desktops within five years [1]. This would have seemed incredible only a short time ago but many industry stats now confirm Google’s view that the age of mobile internet has very much arrived. Every week, 71 million […] 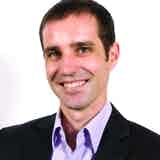 Graham Moore, e-retail specialist at Zeus Technology, discusses why avoiding downtime is crucial to avoiding negative brand damage and outlines what marketers can do to address the issue.

Marketing Week’s roundtable in association with 2ergo asks whether brands are ready to take advantage of the many advances in mobile marketing.