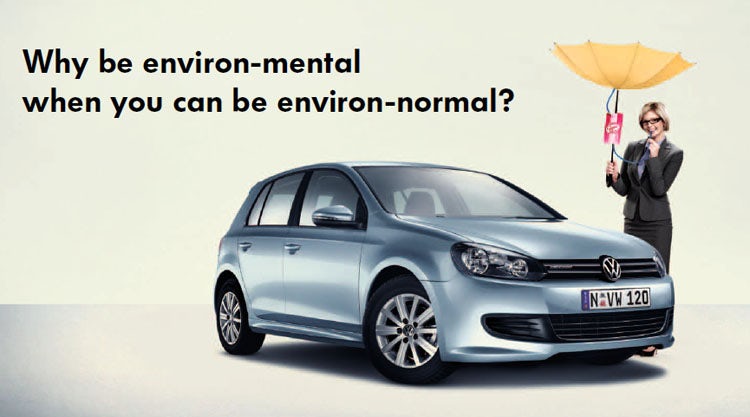 The current brand safety concerns around Google are similar to the infamous emissions scandal that rocked Volkswagen back in 2015, according to Ebiquity’s chief client officer Andrew Challier.

Due to concerns their ads were appearing next to extremist content on YouTube, the likes of The Guardian, M&S, McDonald’s, L’Oréal, Audi, the BBC, Sainsbury’s, Argos and even the UK government have all recently pulled advertising out of Google. And Challier said an urgent clean up is required.

“The ad industry is going through its Volkswagen ‘dieselgate’ moment and it’s clear we now have to sort out our own emissions and make them clean,” he said, speaking during an Ad Week Europe panel hosted by Channel 4 this morning (21 March).

“The likes of Google and Facebook need to make data real and meaningful so that when brands buy inventory they can buy it with confidence. If you bought a house without seeing every single room on the viewing then you might move in to find out your backyard was a swamp. This is ultimately what’s been happening with Google ad buying; too many brands have been gambling with their money.”

On the brand side, Daniel Creed, senior media strategist at Santander, clarified why it hadn’t joined the growing list of advertisers stepping away from Google. He said the financial brand hadn’t removed its advertising as it felt it was “wiser” for the industry to back the tech giant’s safeguards.

Although he understands why so many brands are pulling away from Google, he said the reality was that many hadn’t asked the right questions in the first place and lacked media buying expertise. He added: “You can apply pressure, sure, but you have to be aware of what you’re buying in the first place.

“You have to take ownership of the advertising supply chain as if you don’t apply the same standards [you expect of Google] then it is just a race to the bottom. Not enough brands have media specialists in place and that’s been a big problem.”

Also speaking on the panel was Sally Silver, managing director of Amplifi UK, which handles media buying for the UK government. She urged Google to introduce white listing options.

“It’s clear material such as hate speech can’t be monetised any longer so Google must answer. What it needs to introduce is a white list of sites on YouTube and do manual auditing itself as it’s clear you can’t rely on publishers to do this job,” she added.

READ MORE: Ad safety revelations should be a wake-up call for brands, not just Google

While he apologised to any brands concerned that their advertising had appeared next to extreme content, Brittin ultimately downplayed the issue: “When I’ve had conversations with some of the advertisers, generally I’ve found it’s only a handful of impressions and pennies not pounds.”

However, Silver said his comments “were not acceptable. It is unsuitable for any branded content to be placed next to terrorism or hate speech. I can’t go back to the UK government and say “don’t worry, it was only pennies” – they can’t afford for their advertising to be exposed to that situation, period.”

Google EMEA president Matt Brittin has committed to improving control and enforcement after ads were found next to extremist content on YouTube, but Unilever’s marketing boss says brands must also take responsibility.

As it weathers the storm of several high-profile brands dropping their advertising, Google is launching new ad features aimed at giving more clarity on whether campaigns are resonating.

While Google must do more to police the content published on its site, the ad safety issue should also usher in a new era that sees marketers ask more questions about digital.