Google’s CFO Ruth Porat said advertising revenue had “improved greatly” due to improved mobile search ad formats, which were also credited for a 10% rise in UK revenues for the quarter.

“Year on year growth reflects substantial growth in mobile search due to ongoing improvements in ad formats and delivery to better address how consumers use their mobile devices,” she explained.

In an investor call last night, Google’s CEO Sundar Pichai added: “In search advertising there is a huge amount going on. Advertisers like Dunkin’ Donuts and Airbnb are turning to mobile search to capitalize on these key moments reach customers, and create engaging local experiences.

“We also recently made search ads in Google Play available to all developers letting app developers find new customers for their app at a great price where it matters.”

However – despite a 23% increase in the amount of paid clicks on the Google network – there was evidence that advertisers are still not prepared to spill out the same kind of money on mobile ads as desktop ads with Google’s average CPC (cost per click) rate falling 11% year-on-year.

And Pichai said that despite the “substantial” mobile growth, Google is still taking a cautious approach.

He explained: “Mobile gives us very unique opportunities in terms of better understanding users and over time as we use things like machine learning, I think we can make great strides. So my long-term view on this is, it is more compelling or in fact even better than the desktop, but it will take us time to fully get there, and we’re not going to rush.”

“Other revenue” such as those generated by its Google Play store, was up 11% totalling $1.9bn for the period. There was also positive progress on Google’s programmatic business.

Pichai concluded “YouTube revenue continues to grow at a significant rate with growth driven primarily by video advertising across TrueView and Google Preferred.

“The number of advertisers using Google’s programmatic solutions has nearly doubled in the last year-and-a-half, and now includes over 80% of the top one hundred advertisers.

“Products like search, Android, Maps, Chrome and YouTube a billion users each, and Google Play crossed that milestone that quarter, but what’s most exciting is that we are just beginning to scratch the surface.” 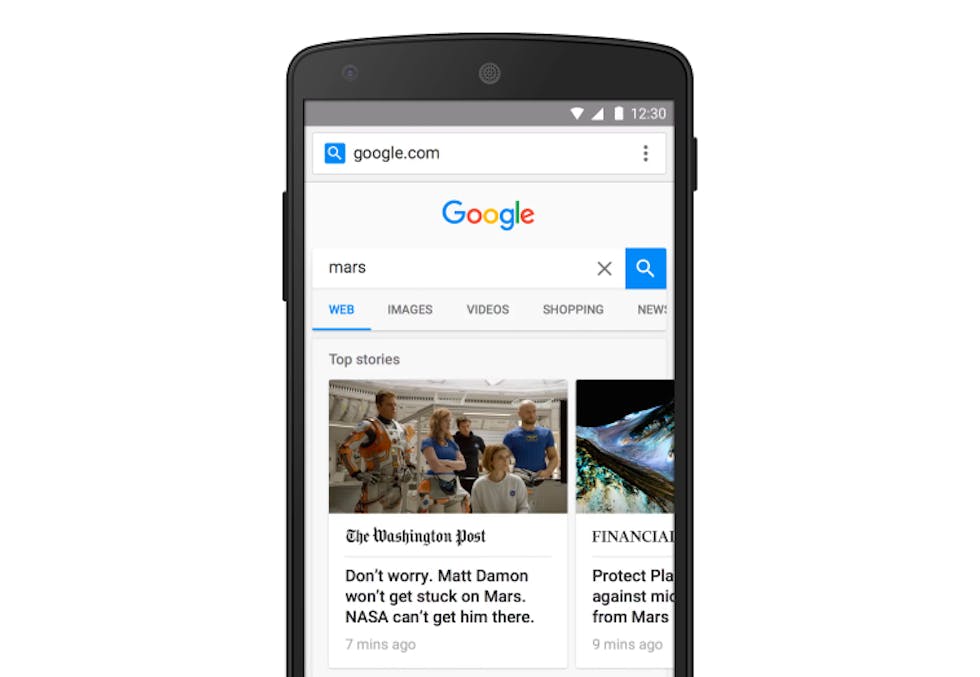 Facebook and Google are further exploring mobile opportunities with the launch of six new features in a bid to attract more advertisers.