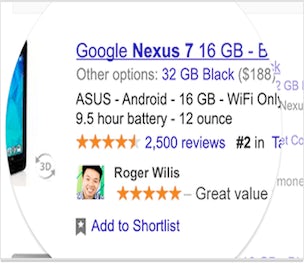 During the last week, Google updated its terms of service meaning Google account holders’ images will soon appear in ad formats promoting products and services to their friends (see image above).

The new ad formats, called ‘Shared Endorsements’, mean a Google account holder entering a search term into their search engine will see results including the name, profile picture and any related information, such as an online review from one of their Google contacts.

For example, if a users enters the term ‘Italian restaurants’ into Google’s search engine they may be served with an ad for a nearby restaurant alongside a relevant favourable review of this restaurant from someone in their Google network.

These ad formats, which will be launched commercially from 11 November, may also appear in other services such as Google Maps or Play. Although Google users can proactively opt-out of having their details or blog posts being used as an endorsement of a brand’s product via their settings page.

However, industry observers approached by Marketing Week disagree the introduction will result in widespread consumer unrest, although they do acknowledge that Google must employ caution not to provoke the wrath of its users.

Marketing Week columnist, Alex Tait, says Google’s integration of search and social has been underway for some time –  +1s have been shown next to organic search results for some time.

He says: “I assume is aimed at improving the CTR  of its paid-for ads. It will make financial sense for them but as with all brands including Google it is a careful balancing act between monetisation and user experience”.

Kristin Brewe, IAB UK director of marketing and communications, says Google’s ‘Shared Endorsements’ are likely to appeal to advertisers, as most audiences are likely to trust ‘peer recommendations’ ahead of the broadcast messaging of more traditional ad formats.

She says: “Most people trust the views of their friends and acquaintances more than messages from advertisers, I’d expect Shared Endorsements to perform very well.”

Brewe also goes on to state that ‘Shared Endorsements’ effectively gives marketers the ability to leverage both the scale of Google’s online audiences with the enhanced effectiveness of peer recommendations.

She says: “The power of peer perceptions makes ‘Shared Endorsements’ and Facebook’s Graph Search very valuable to consumers. Advertisers are generally interested in leveraging customer recommendations, so this is a nice way to introduce a relevant referral at the precise moment someone’s looking for something.”

The announcement of Shared Endorsements comes a week after IAB UK’s online ad spend figures demonstrated the overall market share of paid-for search –  Google’s core proposition – of the overall digital ad spend market was flat for the first time between between the first half of 2012 and 2013.

The figures, compiled by PwC, show that while paid-for search still accounted for the majority of all UK online ad spend with a 59 per cent market share in the first half of 2013, its overall share of the market had not grown from the year beforehand.

However, its stagnant marketshare was in contrast to the comparative growth of spend on social media ad formats online (53 per cent year on year). 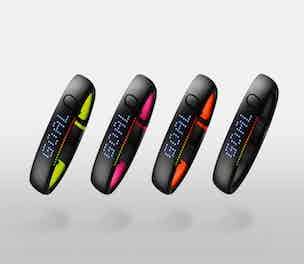 Nike has redesigned the look and capabilities of its FuelBand fitness tracker as part of a flurry of tech-based initiatives being prepped to capture more consumer data and secure its share of the nascent wearable tech arena. 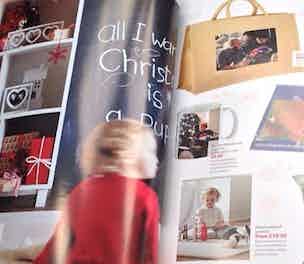 Tesco is under fire from both consumers and animal charities after it published a picture that appeared to promote getting a dog for Christmas.