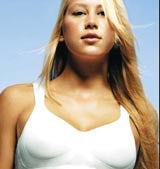 Gossard Berlei marketing director Stephen Holbrook has been seconded by owner Sara Lee to handle the marketing for its lingerie brands in the US. His new role follows a reorganisation of Sara Lee’s business divisions that will see it move away from lingerie and branded apparel.

Holbrook is currently overseeing the launch of the sports underwear brand Shock Absorber in the US and has developed a new distribution deal with underwear retailer Victoria’s Secrets. The marketing responsibilities for Gossard and Berlei are now being handled by marketing manager Suzanne Buckle.

In January, Sara Lee confirmed that it was looking at options for selling off the branded apparel division, which also includes brands such as Aristoc, Playtex and Wonderbra, but the following month it announced a new structure and plans for a spin-off of the division in America and Asia. It is still seeking a sale of the European division.