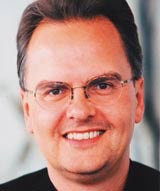 The Government’s advertising expenditure is expected to show a slight dip of 1.5 per cent for the financial year to April 2003. However, even with this drop the Government is still expected to retain its place as the UK’s biggest advertiser.

The flat ad spend figures will be revealed by COI Communications in its annual report on July 17. This will be new chief executive Alan Bishop’s first annual report since he took over from Carol Fisher last November.

Last year, the Government announced that spending on advertising had fallen from a record &£192m to &£162.6m for the financial year that ended in March 2002. This was the first time that the Government’s ad spend had declined in several years.

The Department of Trade and Industry and the Inland Revenue almost halved their spends in the financial period ending in April 2002.

Departments that boosted their spending through the COI last year included Education, Work and Pensions, the Cabinet Office, Ministry of Defence, Health, Environment and Food and Rural Affairs.

The annual report will not take into account any election marketing and advertising as the Government is forbidden to use the COI for party political purposes.