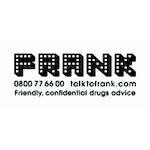 Anti drug campaign FRANK picked up three ’Aerials’ for best writing and direction and best campaign, and won the £1m creative challenge for the most outstanding charity commercial.

Other public bodies including Metropolitan Police and Department of Health Change for Life campaign were also highly commended.

Windows 7 picked up the award for best use of radio to drive consideration, with its Capital Jingle Bell Ball Sponsorship created by Universal McCann and Global Radio.

Heinz’s ’It has to be Heinz’ won the best use of radio to drive sales for Vizeum/AMV BBDO.

Media agency of the year was won by Carat.

The event was hosted by LBC presenter Nick Ferrari and included performances from The Hoosiers and Dutch singer Caro Emerald.

Aerial for best use of branded content
O2 (DrumPHD)

Media Agency of the Year
Carat

A punt at gambling