The new work, created by Wieden & Kennedy, breaks on Friday 15 January across England, and is the first since the agency’s appointment through COI as lead creative agency in October 2009.

The campaign breaks with two TV spots which aim to highlight the fact that many parents don’t proactively speak to their children about the dangers of alcohol, perhaps because the danger is not seen as important as other concerns – drugs, strangers, underage sex etc.

One of the ads is suitable for ‘general’ viewing, the other for screening after 9pm and this is designed to reach parents and carers when they’re watching on their own.

Starting 1 February, a supporting cinema spot breaks across England which is aimed at young teenagers. Print ads will run in and around TV listings in core women’s weekly magazines, and a radio campaign based on creating awareness of incidents due to underage drinking will compliment the TV ads.

The films highlight the reality that the teenage consumption of alcohol can affect their ability to make sensible decisions, which could result in finding themselves in vulnerable situations. The DCSF says some teenagers don’t see alcohol as a big risk to them – they see drink around them and as a consequence it is ‘normalised’, something accessible and every day.

Paul Jordan W&K creative director says: “Children as young as 13 are often already drinking at parties and facing some pretty grown-up decisions. This campaign is a reminder that good decisions are harder to make when you’ve been drinking.”

Earlier this week, David Cameron, spoke of the “premature sexualisation” of today’s children, calling on the children’s market and advertisers to “show more restraint in the way they operate”.

“Commercialisation and the culture of children’s rights means that children are treated like adults … we can’t go on like this. It’s time we gave children back their childhood and got adults to behave like adults.”

The campaign also comes just a week after a damning cross-party Health Committee report into the UK’s alcohol problems. Under-age drinking was a key focus of the 200-page report, which included a range of recommendations to “tighten up” alcohol marketing.

The recommendations included a nine o’clock watershed for TV advertising and sponsorship restrictions for events where more than 10% of the audience are under 18. The report also concluded that alcohol advertising should be balanced by public health messaging, with advertisers forced to fund one public health ad for every five they have for their brand.

Industry and academics have attacked the report’s findings, suggesting that health experts and policy makers are “picking on” advertising as a key driver for consumption. The likes of the ASSA and ISBA say the current regulatory system is “tight enough”. 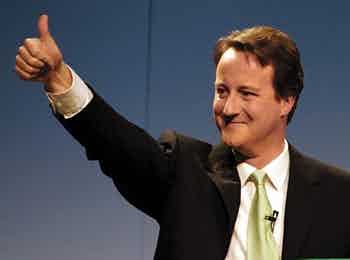 Ministers are being misled by a series of bogus reports and are failing to fully comprehend advertising law, according to academics and industry bodies.

The Royal Mail is updating its Postcode Address File (PAF), the UK address database that contains over 28 million addresses, and has published new licences which will come into effect from 1 April. 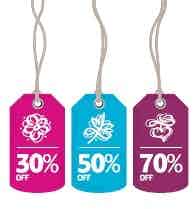 Stand-out promotions do not just provide a short-term sales boost but build a brand’s value – especially at a time when consumers are feeling the pinch.