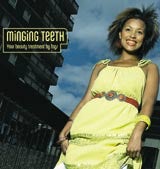 A new Government anti-smoking television ad which focuses on the impact smoking has on sexual health and attractiveness has already led to complaints to the Advertising Standards Authority.

The advertisement, created Abbott Mead Vickers.BBDO, features a pair of “finger legs” holding a cigarette with ash drooping from the end to illustrate that smoking can cause impotence.

Although it has a timing restriction because of the imagery and innuendo of using the cigarette to represent a penis, it has still upset some viewers.

The ad uses the tagline “Does smoking make you hard? Not if it means you can’t get it up.”

Different ads in the campaign, which covers TV, radio, poster and press, carry different slogans, including: “Think with your penis? Your penis thinks you should stop smoking.”

Other ads target female smokers with stark warnings about the effect smoking can have on their appearance and attractiveness, with messages such as “If you smoke, you stink”.

The hard-hitting ads are designed to influence young adults more concerned about their attractiveness and fertility than long-term health issues. It also aims to raise awareness of the sexual implications of smoking, which has traditionally been low.

The campaign, launched on July 1, also includes direct mail, online advertising and dedicated microsites for the male and female strands.