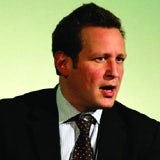 In a speech yesterday, he said ISPs could favour broadcasters and media companies with faster speeds if they pay more.

Some ISPs have called for greater traffic management as certain websites, such as YouTube and the BBC iPlayer, get such a large amount of traffic. The concerns are that ISPs would be able to favour the media companies that pay them more with faster delivery speeds.

Vaizey’s speech suggested the Government favoured a “two-speed” internet that could penalise certain sites with slower speeds.
The move is of most concern to companies such as the BBC and its services such as the iPlayer that take up a lot of traffic but need to be delivered over higher speeds.

Vaizey (pictured) said that while the Government thinks there’s no need for net neutrality, greater transparency from ISPs is needed to ensure that any changes don’t harm consumers or competition in the market.