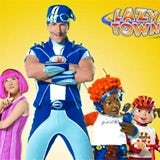 The partnership will leverage LazyTown characters, including its star Sportacus, to encourage children between the ages of two and five to become more active and eat healthier meals.

The initiative will be launched by sending out LazyTown-themed activity packs to 3,600 Sure Start Children’s Centres that contain ideas for group activities and parents at home, such as recipes and games. The packs will encourage children to track their progress on a sticker wall chart as they become healthier.

Public health minister Anne Milton says: “Sportacus is a great role model for children and exactly what we need to get young children and their parents being healthy and active.”

Last week Turner Broadcasting, which owns the Cartoon Network channel, bought Latibaer, the Icelandic company that created LazyTown, in an acquisition thought to be worth £15m.

Alan Fenwick, EMEA vice president of Turner Enterprises, says the company plans to make LazyTown the “world’s leading healthy lifestyle brand for children”. Turner has committed to making another series of the programme and will also continue to extend the brand into further consumer products, digital extensions and collaborations with Turner’s existing properties.

Turner recently announced the roll out of its pre-school channel Cartoonito – which is where LazyTown is likely to be homed – across Europe, Middle East and Africa, as it looks to further bolster its growth in the pre-school space.

LazyTown is currently broadcast on CBeebies in the UK. 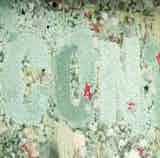