Forced into action over Thepool.com’s controversial ads, the Government is keen to show it can protect the young from gambling’s lure while allowing companies – and particularly the National Lottery, with its Olympics obligations – to develop the youth betting market. David Benady reports

As fears grow of a surge in “problem betting” as a result of the 2005 Gambling Act, the Government is keen to show it can shield children and young people from the lure of gaming.

Culture secretary Tessa Jowell’s unprecedented intervention in the running of a raunchy ad campaign for online betting site ThePool.com, which encourages 16- and 17-year-olds to gamble, highlights her concerns about the issue. She has even asked the Metropolitan Police Service to investigate the issue.

The campaign, scheduled to run in lads’ mags Zoo and Nuts, and free newspaper Metro, coaxes youngsters to take part in online pool betting. The ads feature scantily clad women and lines such as “Why wait ’til 18? Bet at 16” and “Make lots of money when your friends join too”. The controversy was exclusively revealed in &lt;I&gt;Marketing Week&lt;/I&gt; last week.

At the heart of the issue is the peculiar status of 16- to 17-year-olds within the world of gambling. Only over-18s are allowed to enter betting shops and casinos, or bet online. But over-16s are permitted to take part in pool betting – where bets are pooled together and winnings divided among players, as in the football pools – and they are also permitted to buy lottery tickets. But last year’s Gambling Act stipulates that 16- to 17-year-olds must not be specifically encouraged to gamble, and the Advertising Standards Authority’s (ASA) code of practice also prohibits marketing to this age group. 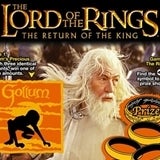 There is little doubt that ThePool.com’s campaign overstepped the mark, and the company has agreed to amend the ads. The move comes after Jowell contacted the ASA last week to “alert” it that the ads were infringing restrictions. This is thought to be the first time a minister has intervened in this way to have an ad campaign banned. ASA chairman Lord Borrie QC subsequently issued a notice banning the ads pending an investigation, which in itself is highly unusual. The ASA has long been criticised for its leisurely approach to investigating complaints and often bans ad campaigns after they have run their course. But it seems a call from a minister can spur the self-regulatory body to speedy action.

Jowell said in a statement following Lord Borrie’s banning order/ “I very much welcome this swift and decisive action by the ASA. ThePool.com’s campaign is utterly reprehensible. It blatantly uses sex and financial inducements to target under-18s, and uses exploitative and degrading images of women. I am also concerned that the type of gambling it is offering may be illegal for under 18-year-olds, and I have asked the Metropolitan Police Service to look into this.

“Through the Gambling Act 2005, the Government is introducing a tough regime for gambling advertising, which will protect young people and promote social responsibility. Campaigns such as this fly in the face of that, and it is right they are dealt with firmly now and in the future.”

These statements reflect a dilemma facing the Government. Jowell has liberalised gambling laws through the 2005 Act, but has raised concerns about the social effects of these moves. Some fear that problem betting will soar as a result. GamCare, a charity dealing with gambling addiction, is particularly worried about the effects of gambling on the young. Chairman Anthony Jennens says: “Calls to the GamCare national telephone helpline shows that, on average, 33% of first-time calls are from young people. Research indicates time and again that young people are four times more likely to develop a problem with gambling than adults.” 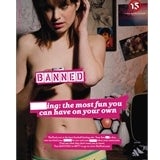 Yet the Government needs “young people” (the definition of 16- to 17-year-olds in The Gambling Act) to get the gambling bug since their involvement will be important to funding the 2012 Olympics. Jowell – the minister responsible for the lottery – needs them to buy National Lottery tickets to raise up to &£1.5bn in funds to pay for the sports extravaganza. One problem facing its Olympics fundraising is The National Lottery’s low profile among youth, where it is viewed as the preserve of older people. Operator Camelot has gingerly tried to make the lottery more appealing to young people, but is hamstrung by fears that it will be accused of encouraging children to gamble. It has launched scratchcard games with youth appeal, such as one based on The Lord of the Rings, and others based on classic children’s games Connect 4 and Monopoly.

Even so, only 17% of 16- to 24-year-olds play the lottery every week, compared with nearly half of the over-65s, according to research by The National Lottery Commission. To increase lottery sales – crucial to Olympic fundraising – the young must be targeted heavily, since the over-35s are already a saturated market.

To add to Jowell’s gambling conundrum, last week saw another milestone in UK gaming as the deadline passed for local authorities to apply for a licence for one of the 17 new casinos permitted under The Gambling Act: one trial regional “supercasino” with 1,250 unlimited stake and prize gaming machines; eight large casinos with 150 gaming machines; and eight medium casinos with 20 machines. Though only over-18s are allowed to enter such establishments, the launch of Las Vegas-style gaming in the UK has created fears that a new gambling craze could flood the country. Children and young people may be swept along with it unless there are very tight restrictions. Last week’s events underscore Jowell’s eagerness to highlight these controls and head off controversy over her liberalisation of gambling.

The culture secretary was also offended by the sexist nature of the ads, though many observers thought they would not look out of place amid the soft-porn content of Zoo and Nuts. Jowell is also women’s minister, and bemoaned the fact the ads portrayed women in a degrading way.

ThePool.com communications director Andrew Lawford says the ads have been changed and the company is keen not to contravene the rules. But he adds: “It is surprising from our point of view, we were not given anything in writing before the ASA issued its statement. We weren’t given the opportunity to reply.”

As online gambling grows and marketing support is put into promoting all forms of gaming, the issue of protecting the young will become increasingly controversial. While ThePool.com has flagrantly broken advertising restrictions, others will no doubt take a subtler approach as they target the all-important youth market, which is vital for increasing sales.